Snow fell for hours on Sunday morning, but ground temperatures remained above freezing enough that the majority of it fell as "white rain" across the D.C. area. – snow that immediately melted on contact.

As far as this winter goes, this season has actually been pretty active in terms of storms. Dulles has received over 10" of snow this winter already, while Hagerstown has picked up over 17" so far this season.

A midweek storm could bring more snow to the D.C. region over multiple days ahead of a polar vortex that will bring a weekend arctic blast!

The immediate metro area has struggled with snow mixing with rain for many of the bigger events though and has only picked up 3.8" of snow this season. Still, the pattern remains active, and by the middle of the week, we do have the threat to add to these seasonal snowfall totals. 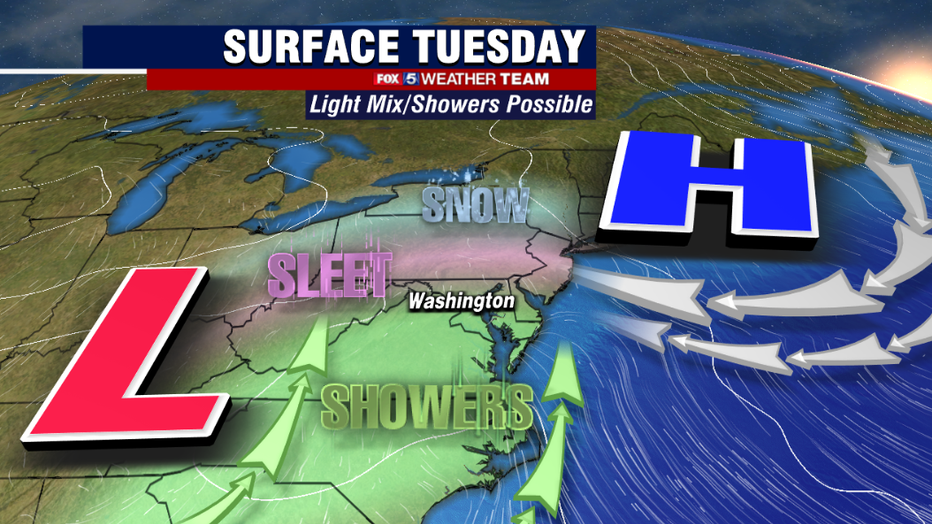 The first winter threat, though a minor one, comes our way on Tuesday morning. A passing warm front will bring a little bit of moisture to our region, enough to scatter about some hit and miss rain, sleet, and snow showers over the region. The system is weak enough that not everyone will see precipitation tomorrow.

Winter weather should primarily be confined to areas near and north of the Mason-Dixon Line as well. Even in these areas, we are not expecting any sort of impactful winter weather. No accumulations are expected. Tuesday afternoon should actually be one of the warmer days of the week, with high temperatures near 50°F.

The potentially bigger system to watch comes our way during the middle part of the week. Cold will settle back in during the day on Wednesday with high temperatures falling back into just the 30s.

Most of Wednesday should be dry however, with weather models showing moisture approaching the region during the nighttime hours. 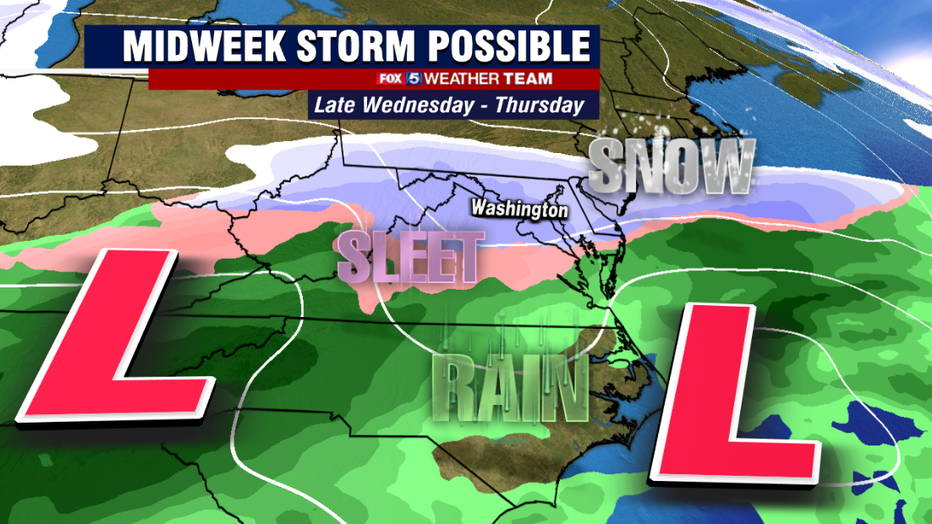 As things stand as of this morning, snow is expected to overspread our region on Wednesday night, last right through Thursday morning.

By Thursday afternoon, snow could mix with a little bit of sleet or rain as many of our snow events have done this season, which could cut back on potential snowfall amounts, but then heading into Thursday evening the snow could return. 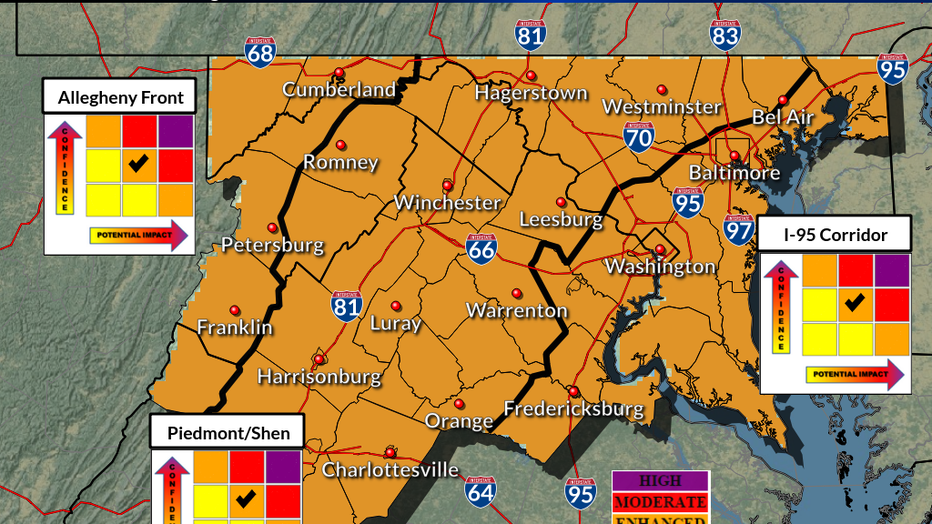 Similar to the event that occurred earlier last week, the National Weather Service this weekend warned of the threat for a "prolonged and impactful winter storm starting Wednesday night and lasting through Friday morning".

This morning they placed our entire region under an enhanced risk for an impactful winter storm in our region.

Several inches or more of snow will be possible, but it is still a little early to put numbers on this particular system due to the wide range that weather models are showing.

Continue to stick with Fox 5 throughout the week for the latest on how this storm could potentially impact our region. 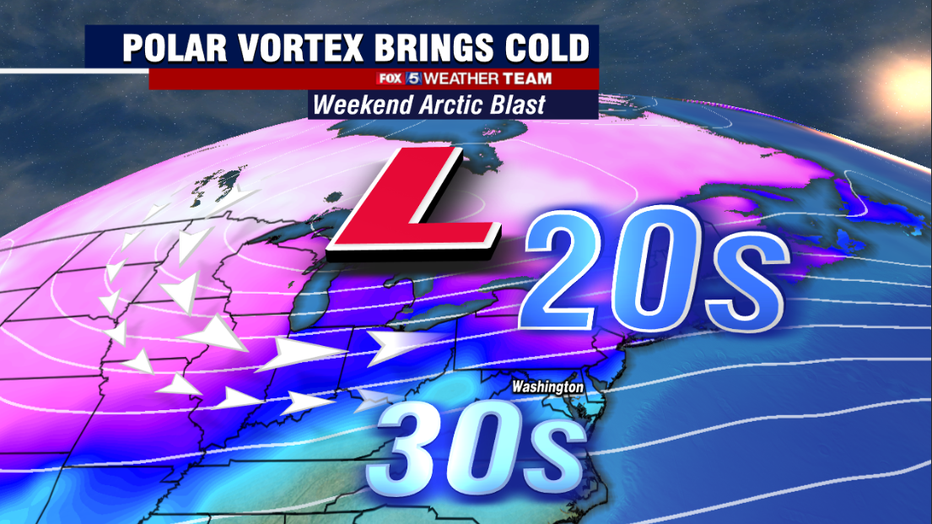 Beyond the storm, we should mention that some of the coldest air of the winter so far looks poised to enter our region into the weekend and remain through early next week.

Similar to the snowfall totals, we still have to work out just how strong the cold air will be. However early indications indicate that a few days with highs in the 20s will be possible.

As always, keep it tuned to your FOX 5 Weather Team online and on air for the latest! We will keep you updated!