FOX 5's Ayesha Khan is at Chesapeake Beach, Maryland to see how storm preparations are coming along.

WASHINGTON (FOX 5 DC) - All eyes are on Hurricane Isaias as we begin the week in the D.C. region. FOX 5's Mike Thomas says the storm has the potential to bring heavy rain and damaging flooding conditions to parts of the area Tuesday.

“It’s going to be a really impactful event for Maryland,” noted Kyle Overly, director of Disaster Risk Reduction at the Maryland Emergency Management Agency. “It’s not so much the high winds but really the thing we are most worried about is heavy rain and the potential for flash flooding.”

Officials with the Charles County Emergency Services tell FOX 5 that they have been notifying residents via social media to prepare for possible flooding.

They’ve also been telling people where they can get sandbags.

Meanwhile, in Annapolis, Maryland, the city gave out free sandbags Monday to homeowners and businesses Monday.

Annapolis is no stranger to flooding, and tonight Maryland’s capital city is bracing for the storm. 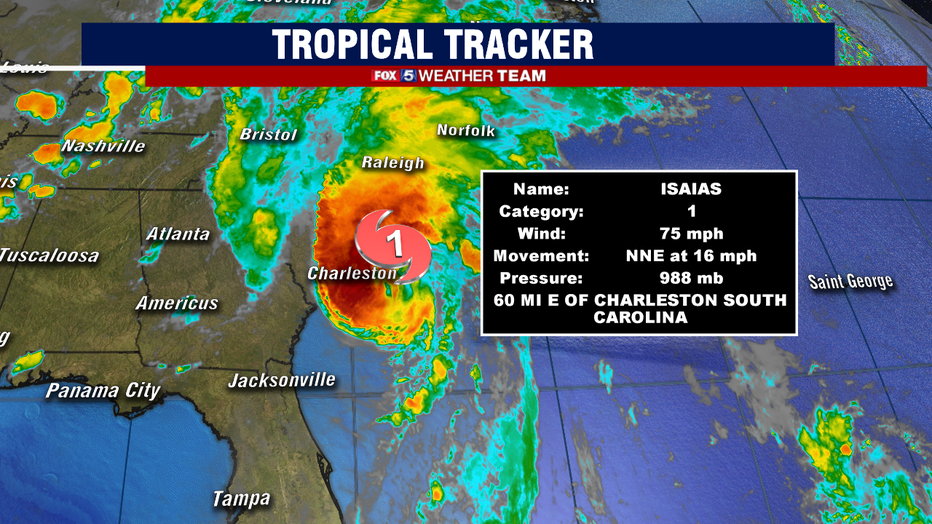 All eyes on Tropical Storm Isaias

All eyes are on Tropical Storm Isaias which has the potential to bring heavy rain and damaging flooding conditions to parts of our area Tuesday.

FOX 5’s Maureen Umeh spoke with Virginia’s Dominion Energy crews as they get ready for the Tropical Storm Isaias recovery.

Isolated showers and thunderstorms will likely move through our region later Monday, Mike says. We could see heavy rain at times during the afternoon and evening hours which could bring possible flooding concerns. 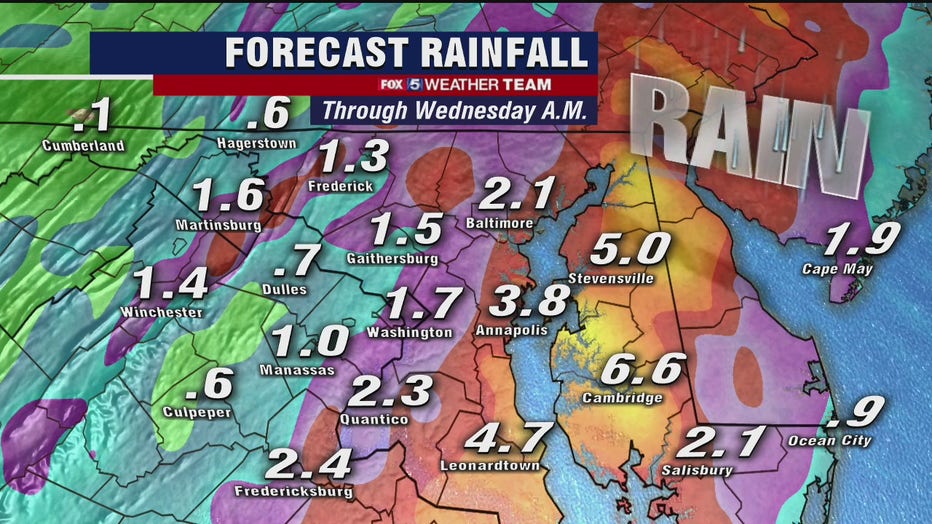 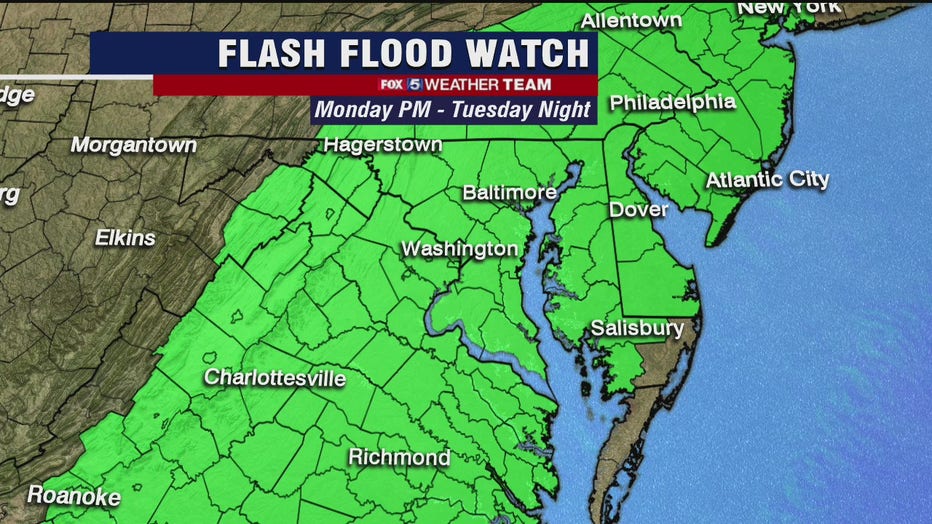 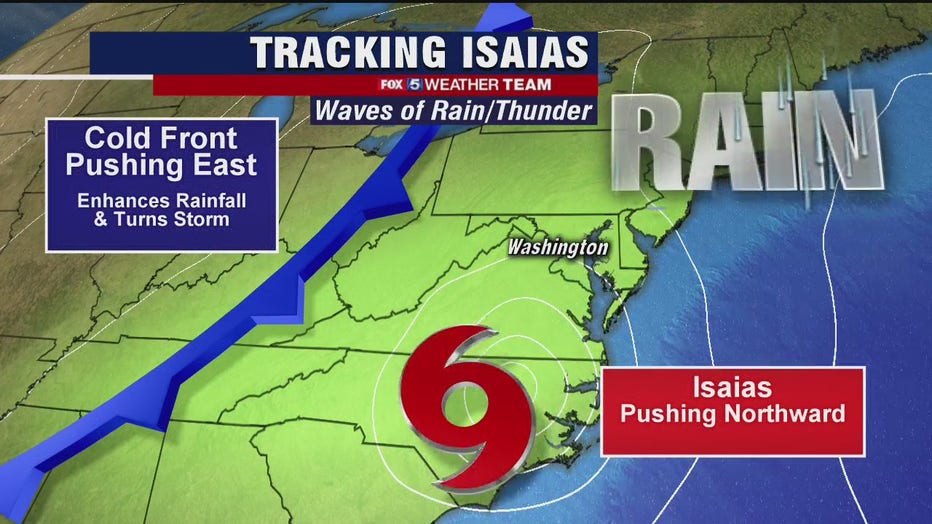 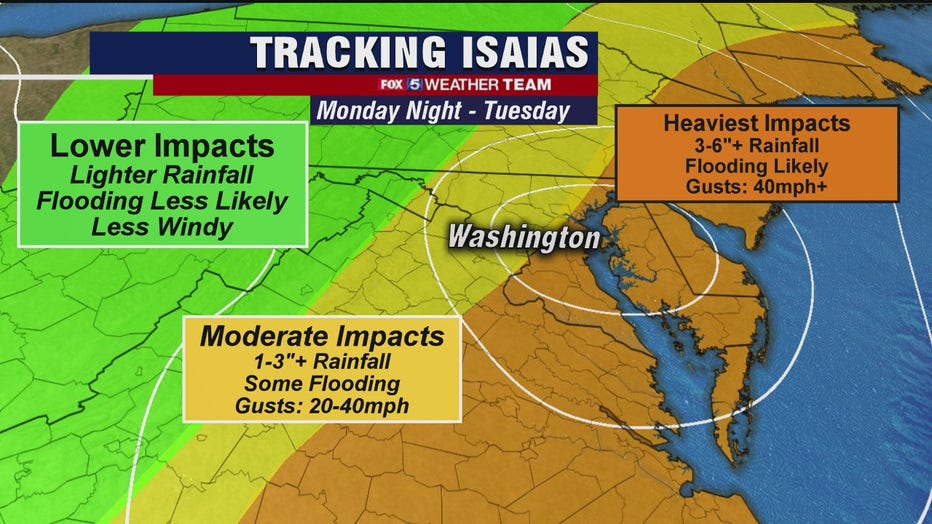 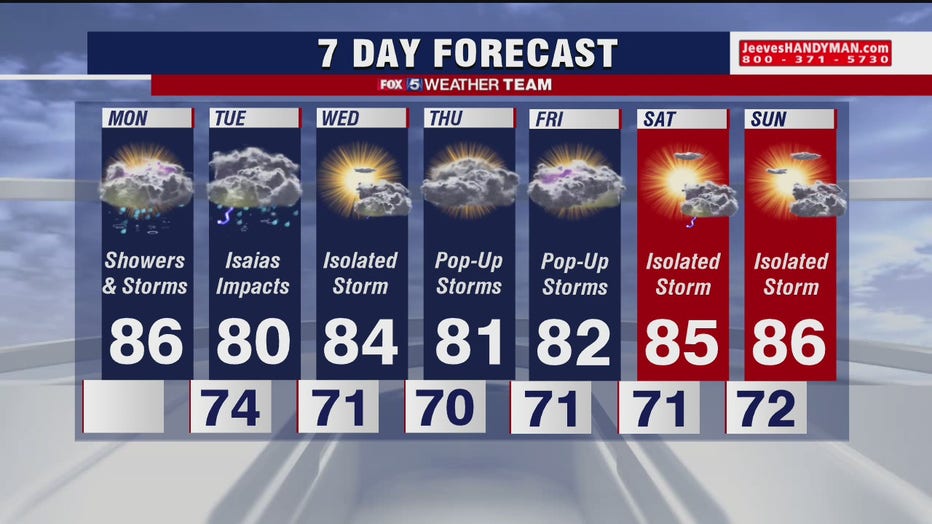 The major impact from Hurricane Isaias in our area will arrive Tuesday. Mike says we'll likely start Tuesday with steady rain across the region with heavier rain and winds coming through during the mid to late morning hours and into the afternoon.

A Flash Flood Watch is in place for much of the region beginning Monday night and extending into Tuesday night.

Tropical Storm Warnings are in place for Washington, D.C., Baltimore, many of the surrounding counties, much of Maryland's Eastern Shore and for parts of Virginia's Northern Neck.

Virginia Gov. Ralph Northam has declared a state of emergency in advance of Isaias, allowing the state to mobilize resources and equipment needed for response and recovery efforts.