WASHINGTON - It might not have been the hottest week of summer so far, but it has for sure been the most humid. After a near picture perfect Fourth of July, we quickly followed it up with a high humidity Tuesday that featured a EF-1 tornado touching down in Bowie, MD.

Wednesday featured a heavy batch of storms in the evening, but the worst could still be yet to come before we finally get a break from this high humidity, middle of summer feel that we have been stuck in!

An unpleasant start to the weekend in the D.C. region as heavy rain and severe weather bring the threat for flooding to the area. FOX 5’s Mike Thomas has the forecast.

The issue is that ahead of it we have another boundary, a stalled front that is draped across the Mid-Atlantic just south of our region. This boundary sits in very warm and humid environment, and has been the trigger for storms south of our region the past several days. As a deepening upper level trough will force this cooler and drier air southward on Friday night however, it will collide with this moisture rich air mass. 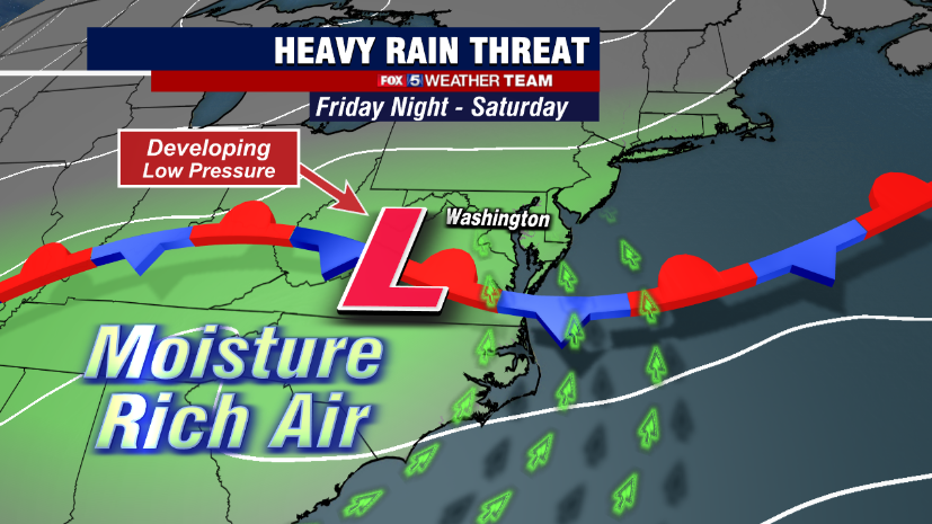 This will force the humid air to rise as drier (heavier) air moves beneath it, which is expected to lead to the formation of slow moving and potentially heavy rain showers, becoming more numerous overnight into Saturday morning.

The biggest shift in the forecast the past couple of days has been the timing, as just a couple days ago this process looked like it would occur on Friday, and clear our region by Saturday, leaving your weekend unscathed. Unfortunately, everything has slowed down, and this means that much of Saturday may be compromised if you have those outdoor weekend plans, or are planning a Saturday escape to the pool or each. 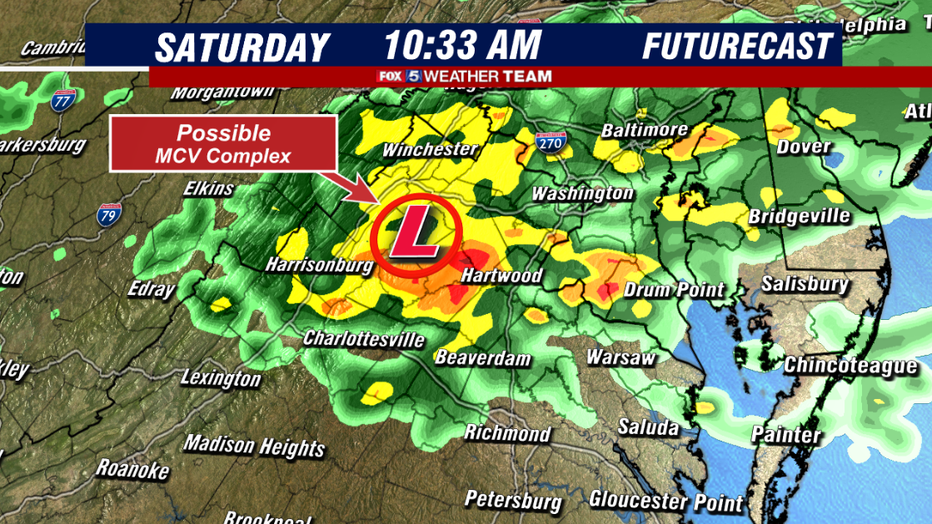 If current model guidance is correct, Saturday morning could be when the worst of the weather is. Waves of heavy rain could cross our region, with washout potential for the morning hours.

As the morning progresses, rainfall could be further intensified by the passage of a feature known as an MCV, or Mesoscale Convective Vortex. This is essentially a small area of low pressure, a low level maximum in vorticity, or "spin" in the atmosphere. While notoriously difficult to forecast, these features can not only cause some very heavy rains, but also lead to the formation of severe weather in their southern and eastern quadrants.

In fact, it was another MCV near Baltimore that fueled the creation of the storm which spawned the tornado in Bowie on Tuesday. The enhanced spin in the atmosphere can lead to both storms that can output some damaging winds, and even brief tornadoes. The timing and track of this feature would be key to if any severe weather could materialize. We will be closely watching this sneaky severe weather threat.

More so than severe weather, perhaps the bigger concern at this time appears to be the heavy rain and flooding risk. Meteorologists look at a forecast parameter called "precipitable water", or the amount of moisture available in the atmosphere for precipitation, to look at how heavy rainfall could potentially be. 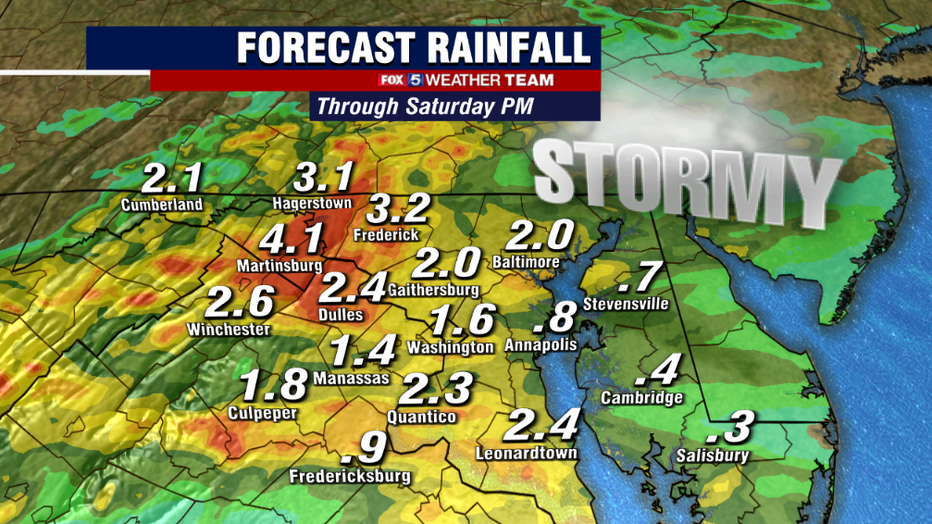 Current forecasts are for anywhere between 2-2.5" of predictable water over our region of Saturday morning, which is more than enough for very heavy downpours. Some heavier projections even suggest that isolated areas could pick up 2-4"+ of rain as storms move through the region, and with that much rain in such a short period of time, the risk for flash flooding is expected to be higher than normal. Those who live in flood prone area should stay weather aware on Saturday!

The good news is that despite Saturday trending in a wetter direction, it should not completely ruin the weekend. All indications are that we should see skies clearing later on Saturday night, with more comfortable air kicking humidity to the curb for at least a couple of days as the new week begins. 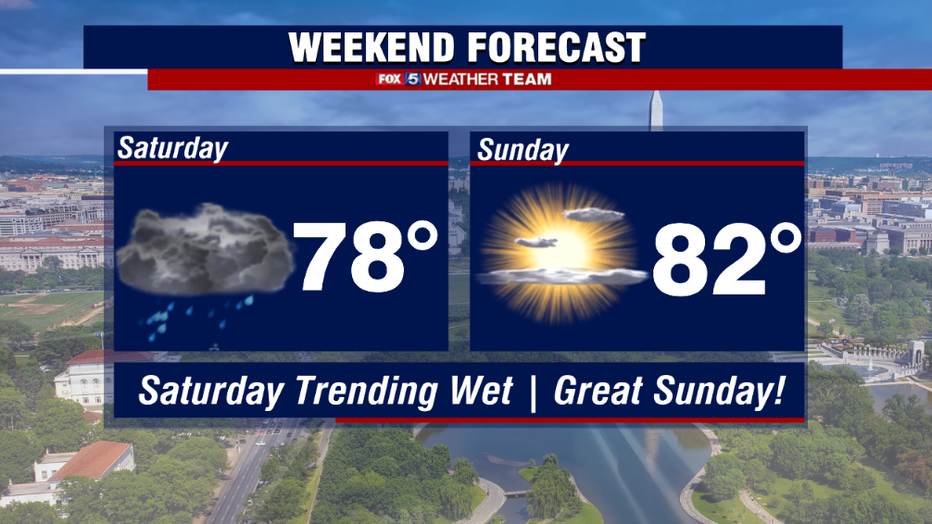 Sunday still looks like it should be a wonderful day for outdoor activities, even taking on almost like a spring feel. We will have nice weather continue into the early workweek as well. Enjoy it while it lasts! Current projections suggest that July heat and humidity make a comeback by the middle of next week.