FOX 13 Meteorologist Jim Weber shows the first named storm in a month, Danielle, which formed in the Atlantic Ocean Friday, September 2. After August was quiet with tropical activity, three systems have become of interest as the 2022 hurricane season moves on.

TAMPA, Fla. - The Atlantic season finally has its first hurricane – and it will stay far away from the U.S.

Tropical Storm Danielle officially formed Thursday and was upgraded to hurricane status Friday by 11 a.m., according to the National Hurricane Center.

Danielle’s forecast shows it meandering in the middle of the northern Atlantic for the next couple of days and won’t make an impact to the U.S.

"It could become a Category 2 hurricane over the weekend," says FOX 13’s meteorologist Dave Osterberg. "You can see it’s just literally going to work its way to the northeast. It’s literally in no man’s land. That’s fine. Keep it out there." 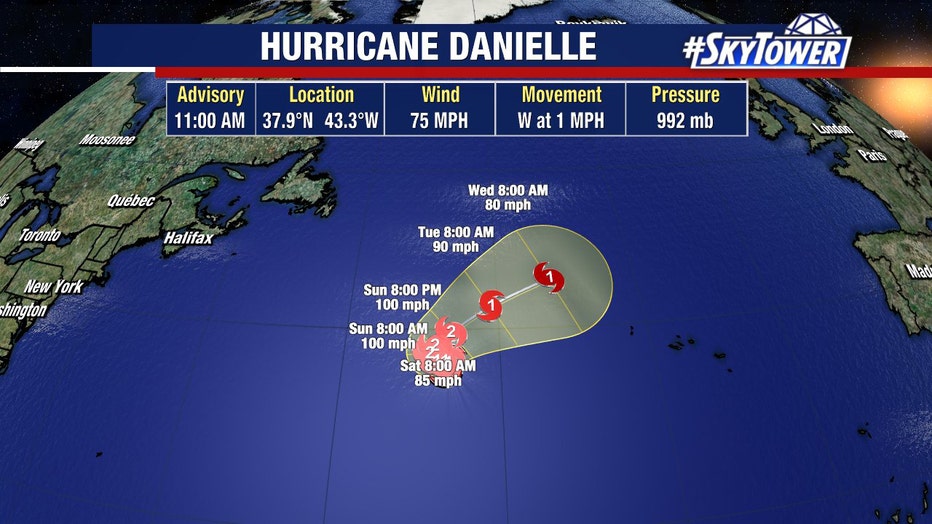 LINK: Track the tropics on MyFOXHurricane.com

Meanwhile, forecasters are monitoring another disturbance that is trying to develop into a named storm. It’s located east of the Leeward Islands.

"This is the little tropical wave that could. It’s just been trying and trying to develop," Osterberg explained. "It’s completely surrounded by dry air and trying to wall itself off."

Named storm or not, computer models show it dodging the east coast of the U.S. The next name on the list is Earl. 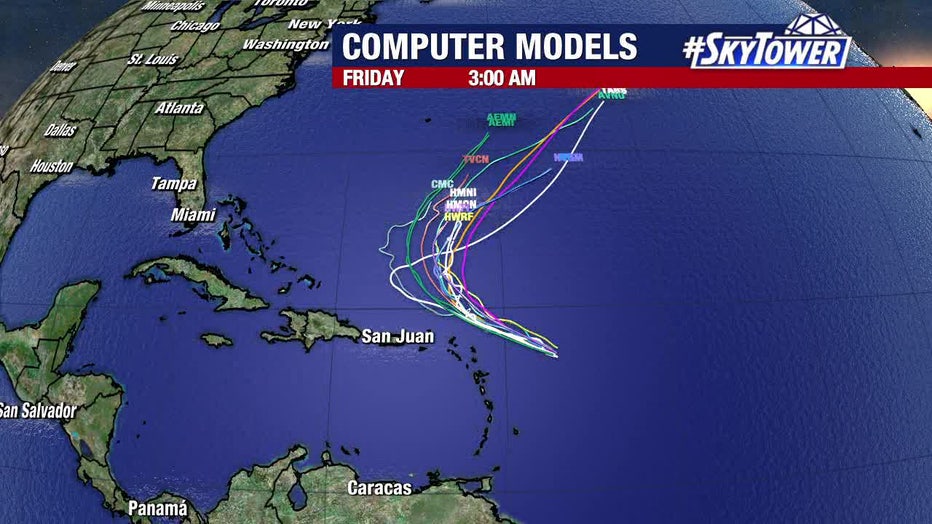 It was just the third time on record that there were no named storms during the month of August. The other times that occurred were in 1961 and 1997. 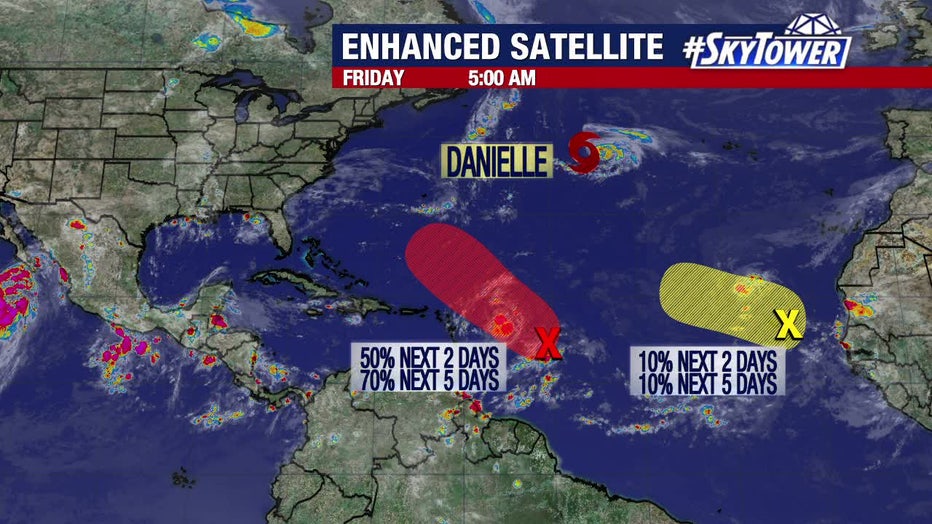