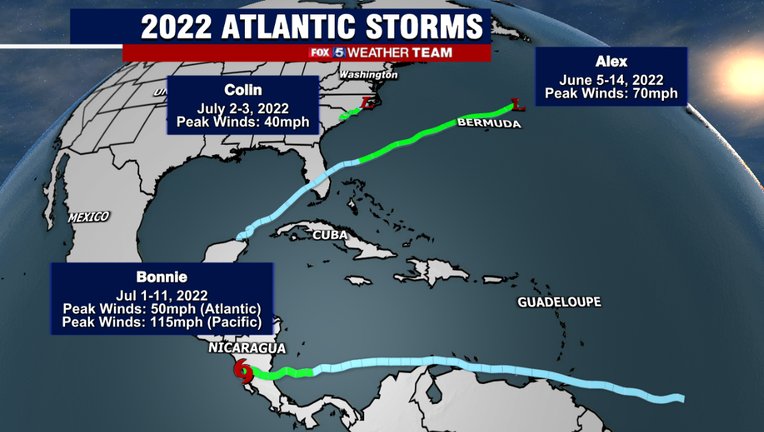 BETHESDA, Md. (FOX 5 DC) - In June, right at the start of the Hurricane Season, we had Alex. The first in what has been forecast to be a very busy Atlantic hurricane season.

Surprisingly, we had to wait a month for another named storm to form.

Bonnie in the Gulf of Mexico, followed quickly by Colin off the Carolina coastline, both right around the 4th of July holiday.

Not a single one of them reached hurricane status, although Alex did get close with sustained winds of 70 mph. Bonnie also became a hurricane once it crossed over Central America and entered the Pacific, though it does not count as an Atlantic hurricane.

It was not until just this past week that a potential storm formed in the southern Gulf of Mexico. Forecasters expected that it could possibly strengthen into the fourth named storm, Danielle, but the storm remained too disorganized to name as it pushed into Texas earlier this week, bringing flooding rains to the region. 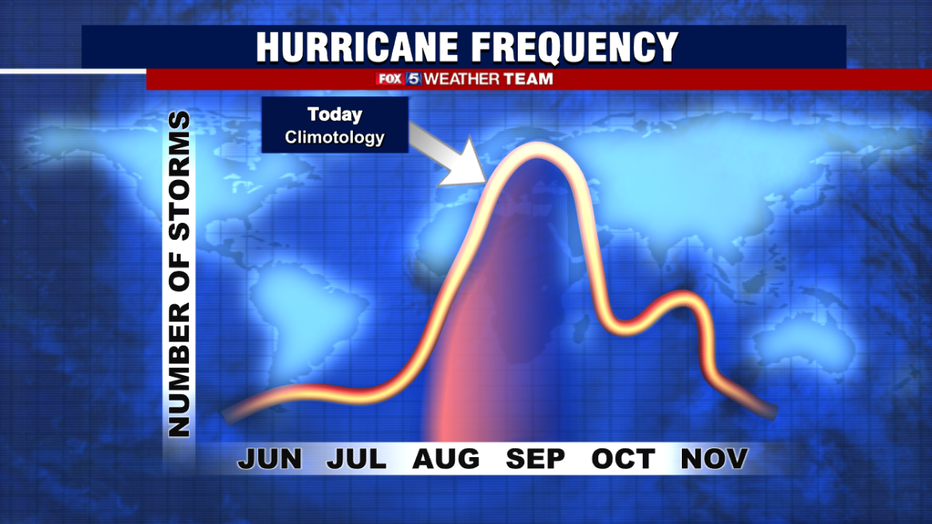 The numbers are pretty incredible.

Philip Klotzbach, a tropical meteorologist with the Colorado State University, pointed out that we did not have a single named storm between July 3rd and August 22nd in the Atlantic, something that has not happened since 1982.

Doctor Kim Wood, a professor with Mississippi State University, noted that the ACE, or Accumulated Cyclone Energy Index, is at its lowest levels in 30 years for this point of the season.

The ACE index consists of a combination of how strong tropical cyclones are, and how long-lived they are, and is often used to judge the severity of a hurricane season — truly impressive low numbers.

But why is this?

Two major factors have been at play in the first half of the hurricane season that has kept Atlantic activity quiet.

The first has been an excessive amount of Saharan dust.

As trade winds pick up across Central Africa, they carry extremely dry and dusty air from the Sahara Desert out into the eastern Atlantic.

This dry and dusty air can be a severely limiting factor as waves of storms come off the African coastline, preventing them from organizing into tropical systems. This is typical during the first half of the hurricane season, although this year the Saharan dust has had a notable westward expansion, farther limiting seasonal activity so far.

Higher than normal wind shear changes in wind speed and direction through varying levels of the atmosphere, has also been above normal over the Atlantic Basin through the middle of August.

Tropical systems prefer low shear environments, as this allows them to better organize structurally and strengthen. 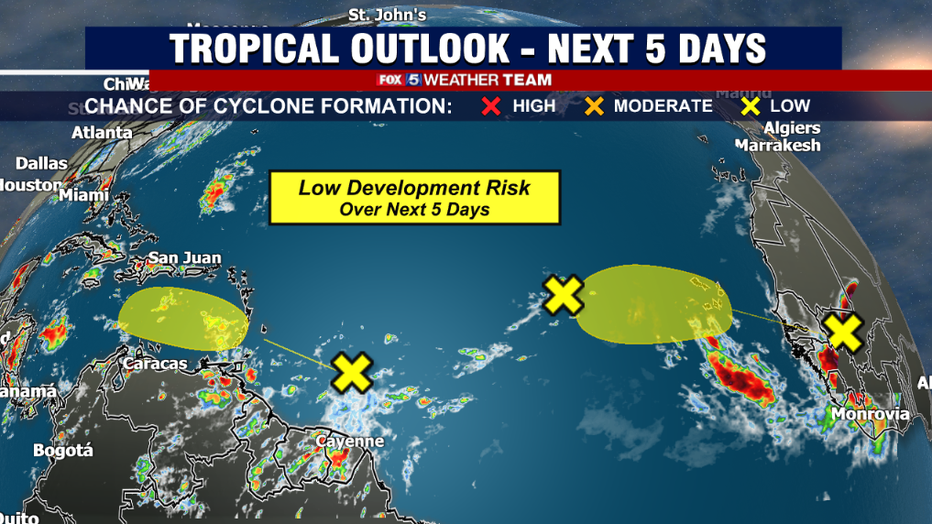 As we enter the final week of the month of August, we are watching three weak areas of tropical thunderstorms across the Central Atlantic that have relatively low chances of developing into anything too organized over the next five days.

If we fail to name a storm in the month of August, it would only be the fifth time in recorded hurricane history, and first time in 25 years, that such a feat would have been accomplished.

The peak of hurricane season is a little over two weeks away, with the peak window typically between Sept. 9th and Sept. 11th as for as climatology is concerned. So are we in the clear for the second half of the season? Not necessarily.

Philip Klotzbach notes that hurricane data suggests that over 90% of major hurricanes, that is hurricanes rated at or above a category 3, occur after August 20th.

Similarly, quiet hurricane seasons through this point in time have also tended to ramp up in storm activity during September and October, as wind shear across the basin tends to weaken. We are also in the midst of a La Niña summer pattern, which historically tends to favor above normal hurricane activity, which ocean temperatures across much of the Atlantic and Gulf of Mexico region remain above normal.

The screaming message: Do not let your guard down!