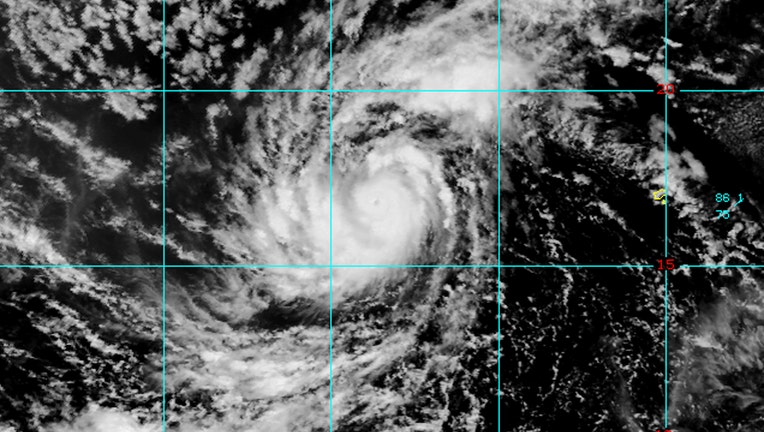 WASHINGTON - Up until major Hurricane Harvey became possibly the costliest natural disaster in American history, the 2017 hurricane season in the Atlantic had been relatively quiet. We had only had 7 named storms, only two of which became a hurricane and neither of which impacted the United States.

Thanks to a blocking weather pattern not allowing the system to move, Harvey dumped more than a year's worth of rainfall on some locations in about 5 days leading to historic flooding. Recent damage estimates are in the range of $160 billion, which would eclipse Hurricane Katrina's record holding $108 billion from 2005.

As of Thursday morning, Harvey continues to lose strength as it lifts northward into the eastern U.S. While it's still expected to bring heavy rain to some over the next 48 hours, the increased forward speed of the storm will keep other cities from experiencing anything like the Houston region did since this past weekend. The city itself is at last drying out, and expected to stay dry through at least Sunday as cleanup efforts begin.

Unfortunately, hurricane season is approaching its mid-September peak, and forecasters are already turning their eyes to another potential monster brewing in the central Atlantic.

Irma was officially named as a tropical storm late Wednesday morning, about 400 miles west of Cape Verde in the far eastern Atlantic. Irma rapidly intensified on Thursday morning from a tropical storm into a category 2 hurricane. Winds are sustained at 100 mph, already making it the third strongest storm of the season so far. The concern for forecasters is that the storm is heading into a zone of light ambient winds and very warm waters, both of which are expected to help Irma become much stronger, possibly a major hurricane within the next 24 hours.

The possibility exists that, depending on the track, Irma could become a rare category 5 storm at some point, possibly becoming only the second storm in the Atlantic in the last decade (Matthew - 2016) to do so. The concern, and the big question for forecasters, then becomes where Irma is going.

Hurricane season typically ramps up through late August and peaks in late September for a reason, it is when ocean water temperatures are climatologically at their warmest. Much of the Atlantic basin is looking at ocean temperatures above 80°F, with mid 80s just offshore of the Southeast and Florida coastlines and into the Gulf as well.

A storm crossing these waters can easily maintain strength or even strengthen with an ample supply of moisture. Based on the current and forecast position of the Azores High, an area of high pressure in the Atlantic that helps steer storms, Irma is going to continue its westward journey for at least the next 5-7 days. It is what happens beyond that time period where the greatest uncertainty lies.

Weather models this morning generally point towards three scenarios. The first is where Irma curves back harmlessly out to sea. Hurricane Gert, the strongest storm of the season prior to Harvey, took this route during the middle of August.

The second is a track that curves the storm up into either Florida or somewhere along the southeastern United States, and then a third which crosses over Cuba and then takes the storm into the Gulf. Which scenario is likely? Good question. Much like trying to forecast a blizzard in the Mid-Atlantic during the winter, trying to pinpoint the exact track of a hurricane beyond 5 days is very murky water.

While the weather models currently suggest that one of the three solutions above is most likely, it's entirely possible that by this time next week we are looking at an entirely different scenario. What we do have right now is time. Most models do not bring the storm into the western Atlantic until the middle of next week, with most suggesting next weekend (September 9/10) would be the general time frame when Irma could potentially pose a threat.

There are many more questions than answers for where exactly Irma will end up, but those in the Gulf and the eastern U.S. will definitely want to keep a very close eye on this storm over the next week.