WASHINGTON (FOX 5 DC) - The Washington Wizards announced they have relieved Ernie Grunfeld of his duties as president of the team.

Grunfeld has served as president of the Wizards, overseeing basketball operations, for the past 16 seasons. 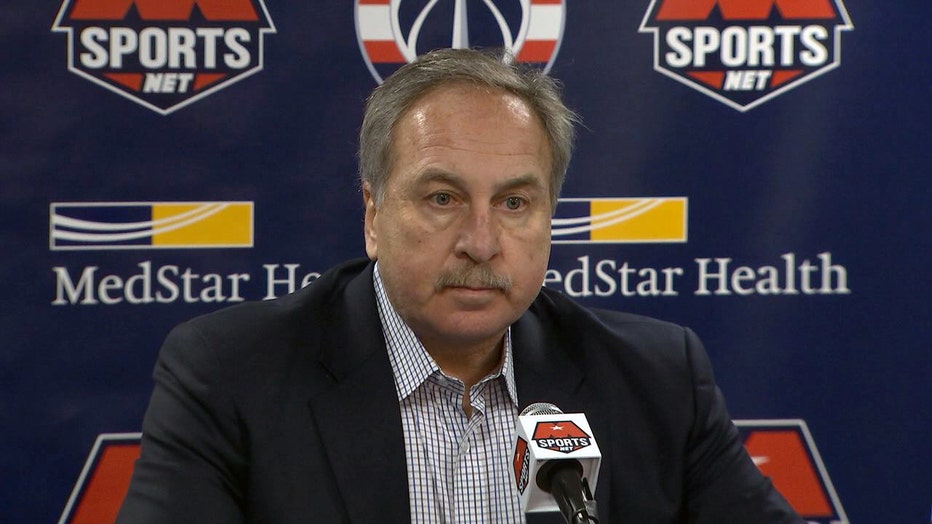 He was hired prior to the 2003-04 season and the team was 568-724 during his tenure. The Wizards reached the playoffs eight times under his watch.

"We did not meet our stated goals of qualifying for the playoffs this season and, despite playing with injuries to several key players, we have a culture of accountability and a responsibility of managing to positive outcomes," Chairman and CEO of Monumental Sports & Entertainment Ted Leonsis said in a written statement. "I wish to thank Ernie for his service to the Washington Wizards. He and his family have been great leaders in our community and have worked tirelessly to make us a top NBA franchise."

Leonsis said Tommy Sheppard, senior vice president of basketball operations, will report to him on all basketball matters beginning immediately.

The team will begin a search for a new head of basketball operations upon conclusion of the season, according to Leonsis.