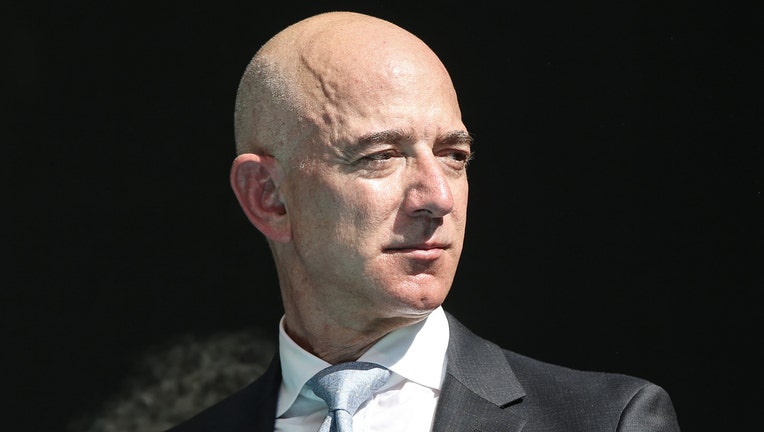 WASHINGTON - Washington Redskins officials denied Monday that the franchise is for sale after a report detailed Amazon CEO Jeff Bezos’ apparent interest in buying a team as well as his ties to the Redskins’ current owner, Dan Snyder.

“The franchise is not for sale and there is no truth behind the suggestion that Bezos could partner with Mr. Snyder on efforts to build a new stadium or buy a stake in the team,” a Redskins spokesman told FOX Business. “Mr. Snyder hasn’t seen Jeff Bezos in nearly a decade.”

The denial came in response to a CBS Sports report citing unnamed league sources. The report said Bezos wants to buy a NFL team and already has strong support among the league’s existing owners. The report added that Bezos, one of the world’s richest men, has spent “considerable” time with Snyder and could help the Redskins owner in his ongoing bid to build a stadium for the franchise in Washington, or have Amazon serve as a sponsor.

The CBS Sports report never directly suggested that Bezos has a specific interest in buying outright ownership or a minority stake in the Redskins, though it noted that he has recently moved to the Washington area, owns the Washington Post and that Amazon is opening a second headquarters in Northern Virginia. To date, Amazon has not acquired naming rights to any pro sports stadium.

Amazon holds streaming rights to the NFL’s “Thursday Night Football” and is said to be an early contender for future broadcast rights. Bezos was shown watching Super Bowl LII in the same suite as NFL Commissioner Roger Goodell during CBS's live broadcast of the game.

While no NFL team is currently for sale, the Seattle Seahawks and Denver Broncos were named as potential targets for Bezos.

The Seahawks are currently owned by the Paul G. Allen Trust after Allen, a Microsoft co-founder, died in October 2018 following a bout with non-Hodgkin’s lymphoma. Ownership of the Broncos is subject to a legal dispute between relatives of the late Pat Bowlen, who died last June.

The NFL declined to comment on the matter. Representatives for Amazon, the Seahawks and the Broncos did not immediately return requests for comment.

While the Redskins’ lease at FedEx Field does not expire until 2027, Snyder is said to be pursuing public funds for a stadium. Redskins officials denied a report last June that Snyder had sailed his yacht to Cannes Lions in pursuit of a stadium naming rights sponsor.

Bezos has a personal net worth of more than $110 billion, according to Forbes.