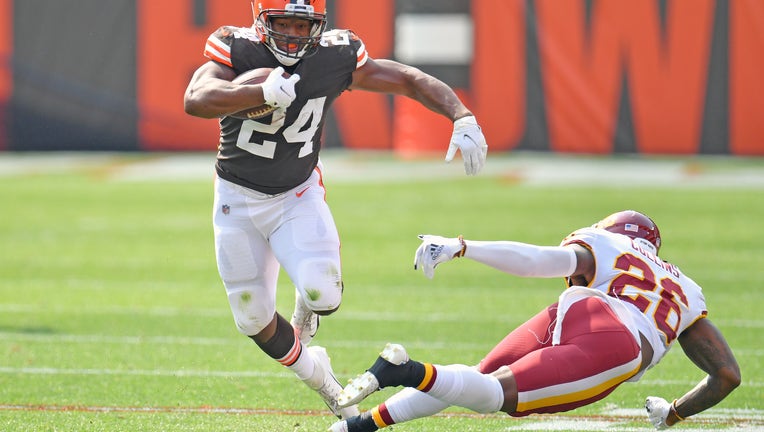 Running back Nick Chubb #24 of the Cleveland Browns breaks a tackle from strong safety Landon Collins #26 of the Washington Football Team as he runs for a first down at FirstEnergy Stadium on September 27, 2020 in Cleveland, Ohio. (Photo by Jason Mil

WASHINGTON - A handful of turnovers doomed the Washington Football Team in its Week 3 matchup Sunday at Cleveland, where Washington fell 20-34.

Haskins also threw for two touchdowns, including a 2nd touchdown pass late in the third quarter to Dontrelle Inman to give Washington a 20-17 lead.

It was Washington's last score of the game.

The win gives Cleveland its first winning record since 2014.

Washington now stands at 1-2, but remains in the hunt for the division title in yet another historically weak NFC East.

Washington will have to learn how not to beat itself soon.

The team hosts the Super Bowl contending Baltimore Ravens at 1 p.m. next Sunday.

On the injury front, rookie pass rusher Chase Young left the game with a groin injury in the 2nd quarter and it is unclear how much longer he will be out.

The game also presented a historic moment for the NFL.

Sunday's matchup between Washington and the Browns marked the first time two female NFL coaches were on the sideline with a female official on the field. 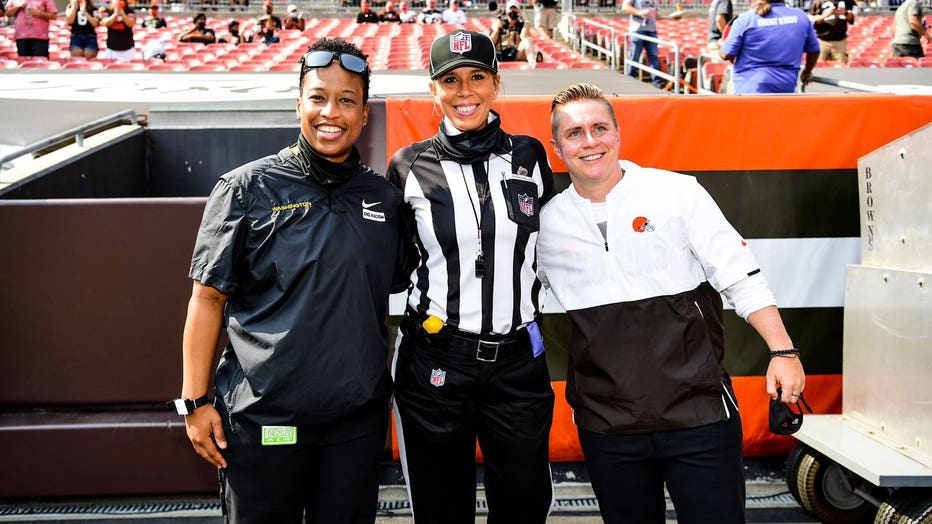