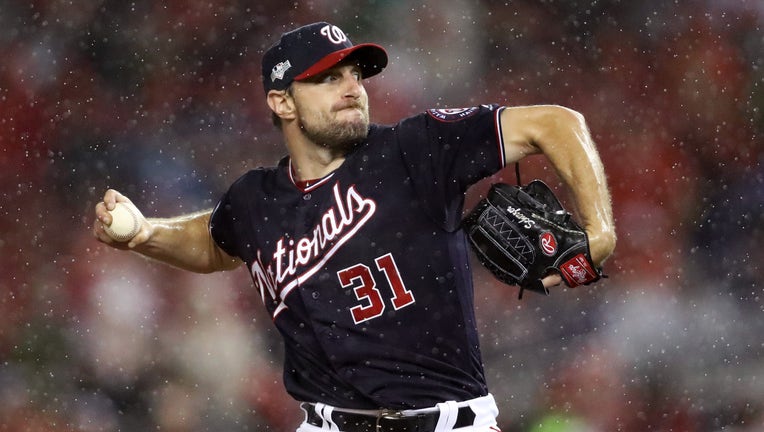 WASHINGTON, DC - OCTOBER 07: Max Scherzer #31 of the Washington Nationals delivers in the rain during the seventh inning of game four of the National League Division Series against the Los Angeles Dodgers at Nationals Park on October 07, 2019 in Wash

But Scherzer is showing little interest in reliving old times, saying he has "a bigger task at hand,” winning the game for the Nats.

Scherzer was terrific in the Division Series against the Dodgers, striking out 10 in eight innings of one-run ball.

Adam Wainwright pitches for the Cardinals. He threw 7 2/3 scoreless innings in Game 3 of the NLDS against Atlanta.