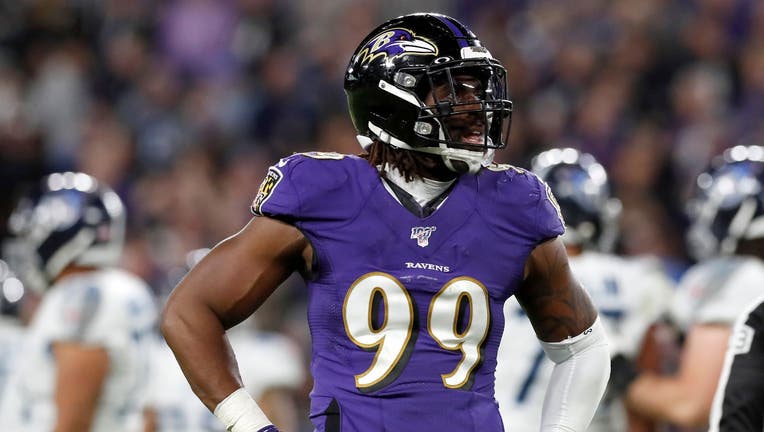 BALTIMORE, Md. - Ravens linebacker Matthew Judon criticized the timing of NFL Commissioner Roger Goodell's assertion that the league believes “black lives matter," saying Monday that the message should have been delivered long ago.

In the wake of protests over the death of George Floyd, a black man who died after a Minneapolis police officer kneeled on his neck, Goodell said on June 5, “We, the National Football League, believe black lives matter. I personally protest with you and want to be part of the much-needed change in this country.”

Speaking in a video conference call with the Baltimore media, Judon said the comment was long overdue.

RELATED: Red Tails instead of Redskins? Reddit thread offers an answer to a perennial question

“It’s something people shouldn’t have to say. Black lives should always matter. I don’t think it’s something that when one person says it, it’s like, ‘Oh now it makes sense.’"

Goodell essentially apologized on behalf of the league for not being more understanding when San Francisco quarterback Colin Kaepernick protested against police brutality and racial injustice by kneeling during the national anthem in 2016.

“We, the National Football League, admit we were wrong for not listening to NFL players earlier and encourage all to speak out and peacefully protest," Goodell said.

Judon' agreed with that portion of Goodell's statement.

“There shouldn’t have been pushback," the four-year veteran said. “It should have been like, ‘OK let’s help this man in his cause. That was just his way of expressing it."

Judon said the Ravens are discussing the best way to protest against racism when the season gets under way. Several Ravens players kneeled during the national anthem before a game in London in 2017 at the height of the dispute between President Donald Trump and NFL players over their protests. The demonstration led to backlash from some fans at subsequent home games.

“We are having very deep conversations about this because that’s real life for all of us," Judon said. “We want to get ahead of it. We want to put an end to racism whether that be on the football field or in classroom, wherever that may be. There’s really no room for it in today’s world."