NFL Commissioner Roger Goodell will appear before the committee and answer their questions about the NFL’s investigation into the Commanders toxic workplace environment investigation.

"This was probably the most important development in a while here. So, I definitely paid attention to that, because this is kind of what we were working towards," Nunez said.

Goodell will appear before the committee and answer their questions about the NFL’s investigation into the Commanders toxic workplace environment investigation. 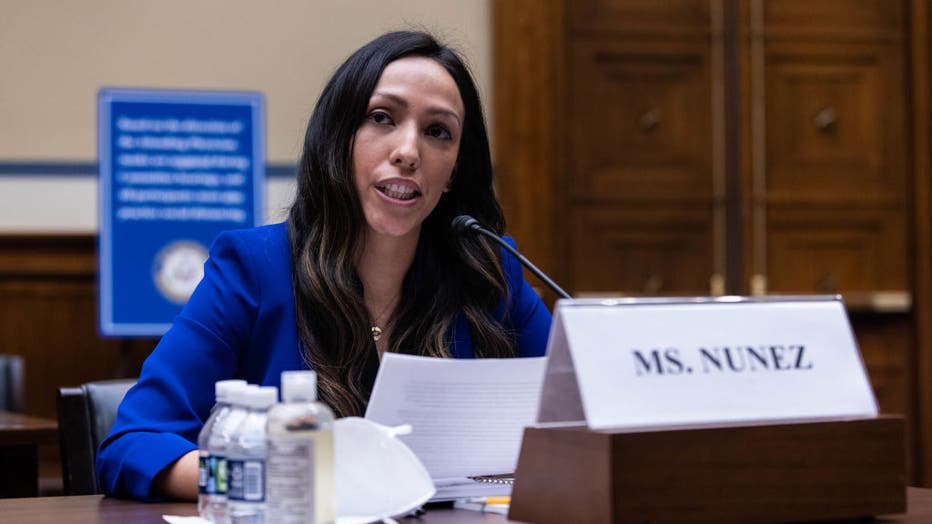 WASHINGTON, DC - FEBRUARY 03: Ana Nunez, former coordinator of business development and client service and account executive for the Washington Football Team, testifies during a House Oversight and Reform Committee hearing on sexual harassment in the

"The hearing will also address the failure by the Commanders and the National Football League to take meaningful steps to prevent and address this misconduct, and the league’s refusal to make the findings of an internal investigation into the misconduct public," Chairwoman Carolyn Maloney said during the hearing announcement.

"I really want to hear from Roger Goodell how much he knew about the situation," Nunez told FOX 5. "I’m not looking forward to hearing, ‘I didn’t know this or that.' I want him to really understand and know what we went through. So, to hear him say that would be really important to me tomorrow,"

The Commanders and the NFL have said they believe they’re cooperating with the House Oversight investigation.

Commanders owner Dan Snyder was also invited to testify. His attorney said he had previously scheduled business meetings that couldn’t be moved and testifying virtually would prohibit his attorney from being able to give adequate counsel.

The hearing will put the NFL’s handling of the Commanders' investigation into the spotlight unlike we’ve seen before since the report into the team was never made public.

"If you don’t have a written report, we’re all left to our own guesses," said Dan Lust, a sports law expert and host of the podcast Conduct Detrimental.

Lust believes Goodell may defer many questions to the Commanders organization, who won’t be present at the hearing.  A few weeks ago, FOX 5 spoke with another sports law expert, Amy Dash, who thinks Goodell may separate the sentiments of the league from Snyder with his testimony.

Commanders Dan Snyder will not testify before US House committee, new letter reiterates

"If he gets up and his testimony is just, you know, mental gymnastics, and he’s not really saying anything, all of the sudden, it kind of loses its significance. But if Goodell testifies to needing fundamental change in the sport, that Dan Snyder must go, any of these types of big moments, this could be a very, very big day," Lust said.

The hearing begins at 11 a.m. Wednesday. FOX 5 reporter David Kaplan will be in the hearing room.