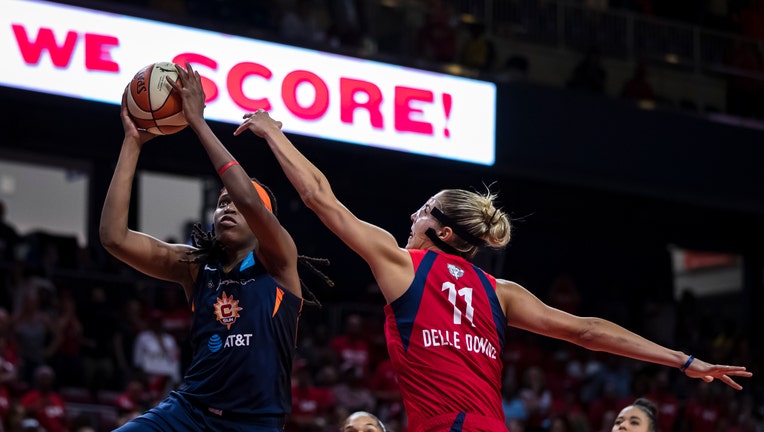 WASHINGTON, DC - OCTOBER 01: Jonquel Jones #35 of the Connecticut Sun drives to the basket against Elena Delle Donne #11 of the Washington Mystics during the first half of Game Two of the 2019 WNBA finals at St Elizabeths East Entertainment & Spo (Photo by Scott Taetsch/Getty Images)

WASHINGTON - League MVP Elena Delle Donne is coming back from injury to start for the Washington Mystics in Sunday's pivotal Game 3 of the WNBA Finals.

Delle Donne was listed as questionable following back spasms in Game 2 of the series. The best-of-5 series is currently split with the Connecticut Sun.

The game tips at 3:30. Here's the starting lineup: