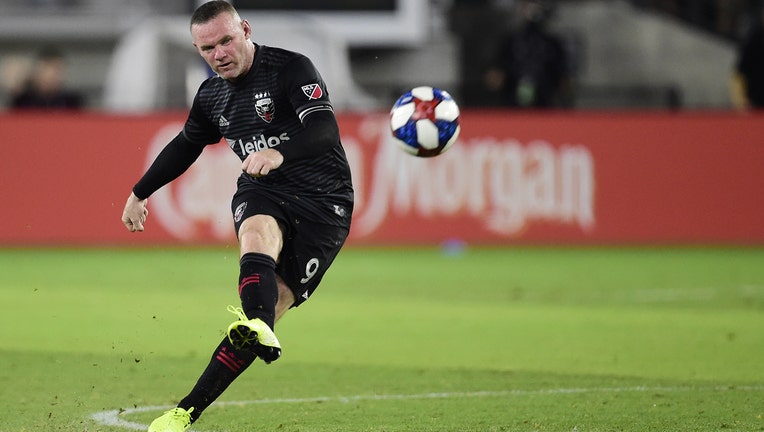 Wayne Rooney #9 of D.C. United passes the ball in the second half against the Philadelphia Union at Audi Field on August 4, 2019 in Washington, DC. (Photo by Patrick McDermott/Getty Images)

WASHINGTON - The D.C. United has confirmed that star Wayne Rooney will leave the team at end of the Major League Soccer season.

In a statement released online, the team says Rooney will be departing the club to continue his career in England in order to be closer to family.

"I remain fully focused on giving my all for the team for the rest of this season and repaying the support shown by the Black-and-Red faithful by hopefully delivering an MLS Cup to Audi Field," Rooney said in a released statement. "My time in Major League Soccer is something I will always be proud of."

The D.C. United says that Rooney completed negotiations to become a player-coach for Derby County in the English Championship in 2020.