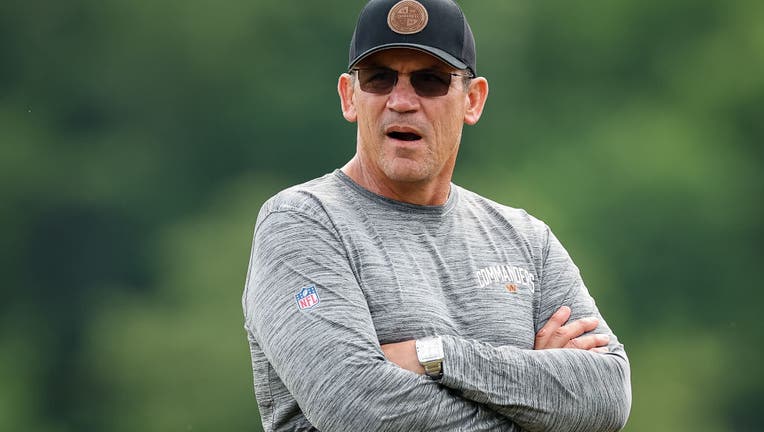 In a lengthy statement, Rivera said that when he was hired, he was asked to do two things by Dan and Tanya Snyder: win and help change the culture.

"So to be clear, on January 2, 2020, the day I was hired, we started putting into place tangible protocols in our efforts to correct any inappropriate workplace issues and improve our workplace environment," Rivera wrote.

The two-time NFL Coach of the Year went on to say that when the Wilkinson report was completed in the spring of 2021, the Commanders had already put into place or were in the process of implementing the suggestions mentioned in the report.

"These investigations into inappropriate workplace issues pre-dates my employment. I can not change the past, but I would hope that our fans, the NFL and Congress can see that we are doing everything in our power to never repeat these workplace issues. And know that our employees are respected, valued and can be heard."

The commissioner faced questions for approximately two hours. He told the committee that the team’s culture has transformed as a result of a probe by attorney Beth Wilkinson’s firm and that Snyder has been held accountable.

House committee chairwoman Rep. Carolyn Maloney, D-N.Y., made the announcement Wednesday during the House Committee on Oversight and Reform hearing that the committee plans on issuing a subpoena for Washington Commanders owner Dan Snyder to appear as the investigation into the team’s alleged hostile workplace environment continues.