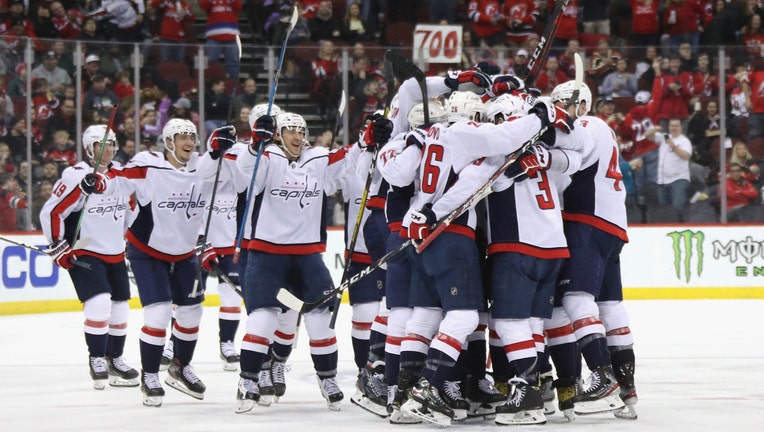 Alex Ovechkin #8 of the Washington Capitals celebrates his goal at 4:50 of the third period against the New Jersey Devils at the Prudential Center on February 22, 2020 in Newark, New Jersey. With the goal, Ovechkin became the eight player in NHL hist

The 3rd period goal tied the Capitals' game this afternoon against the New Jersey Devils. Here's the goal:

Ovechkin is just the 8th player in NHL history to score 700 career goals. The seven others are all either in hockey's Hall of Fame or on their way:

The goal also provided a boost to the Capitals, who have been slumping late after tearing through the first half of the season. They are 2nd in the NHL's Metropolitan Division with 22 games left before the playoffs.