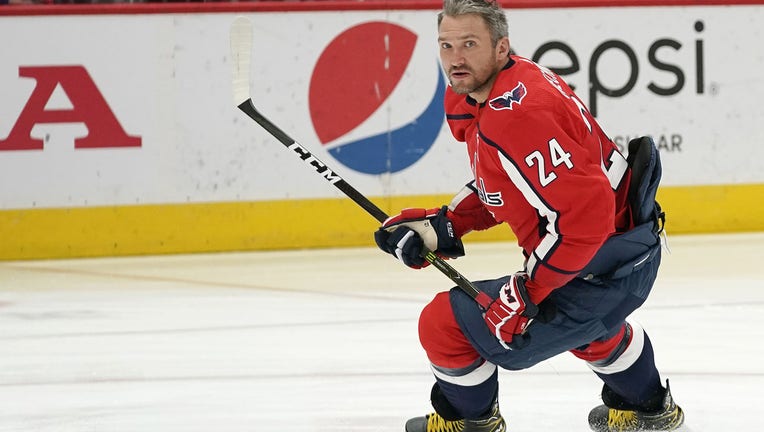 Alex Ovechkin #8 of the Washington Capitals wears Kobe Bryants number 24 on his jersey as he warm ups before playing against the Nashville Predators at Capital One Arena on January 29, 2020 in Washington, DC. Ovechkin wore the number 24 to honor form

Ovechkin, who wears No. 8, wore a Washington Capitals jersey with No. 24 before the team’s game against the Nashville Predators.

Bryant, who played his entire career for the Los Angeles Lakers, was killed Sunday in a helicopter crash along with his daughter, Gianna, and seven others.

The Capitals paid tribute to all of those killed before the game. Ovechkin's special jersey will be signed and put up for auction to benefit the Kobe & Vanessa Bryant Family Foundation. After the crash on Sunday, Ovechkin shared a photo of himself and Bryant on his Instagram page.