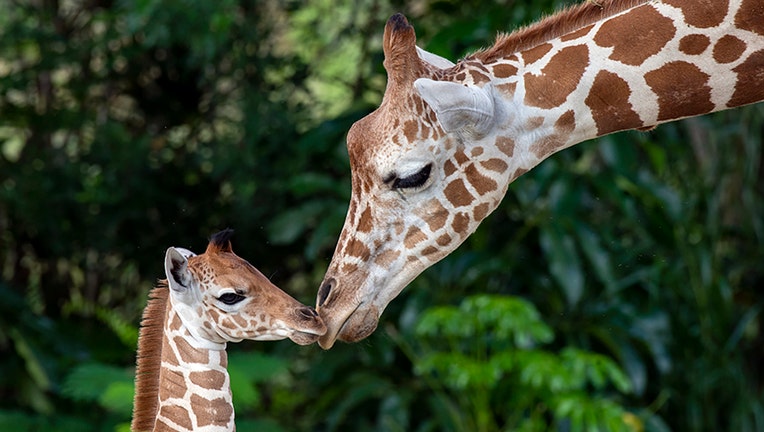 The still-unnamed calf was born July 22 and had been inside a holding area with her mother to allow the staff to slowly introduce her to the herd.

She is the fourth baby born to her mother, a 9-year-old giraffe named Sabra. Her father is 6 years old and named Titan.

Giraffes have a gestation period of about 15 months. Momma giraffes rarely sit down while giving birth, meaning a four- to six-foot fall as the babies are introduced to the world.

The baby girl weighed 149 pounds and is about 6 feet tall. 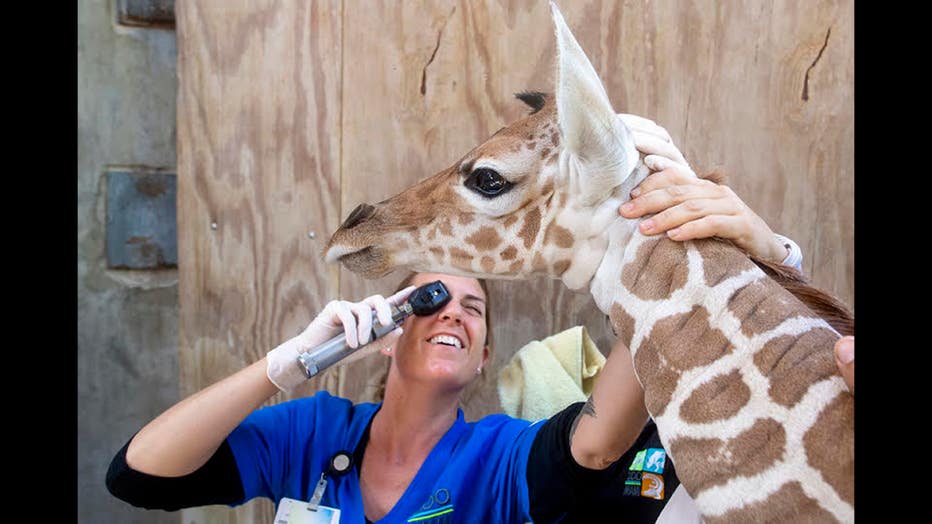 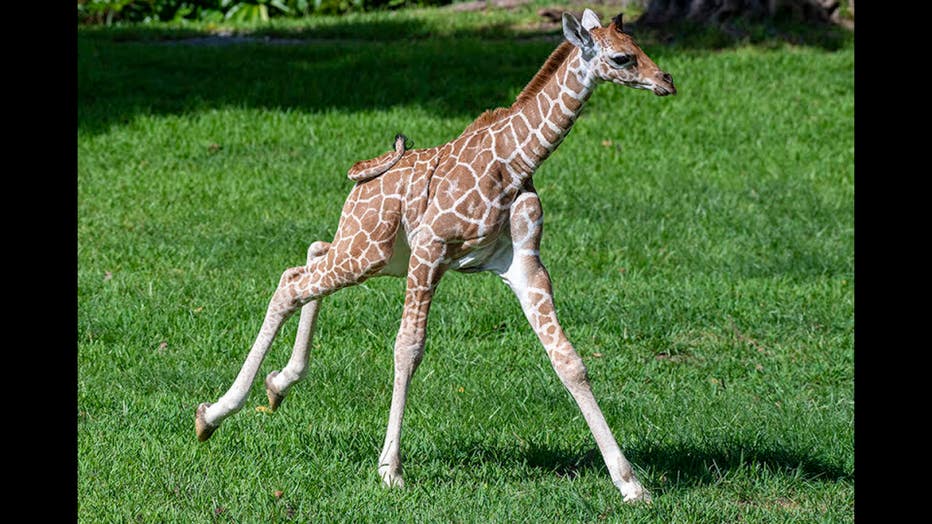