After being away from family for 78 years, unidentified Private First Class Morris Swackhammer will be buried close to his older brother Leon, who died in the 1970s and was buried at Arlington National Cemetary.

They only know he never made it home.

"I knew my grandfather had a brother that was lost in action," said Travis Finkle, Swackhammer’s great-nephew.

The family says Swackhammer enlisted in the military when he was 18.

In 1944, he was just 20 on a mission in France when he came under fire from a German machine gun and was killed.

The area was so dangerous that the Army couldn’t get back to retrieve the bodies of soldiers killed until a year and a half later.

Finkle says when the Army went back to Swackhammer’s body, it wasn’t where they thought it was.

Eventually, a body that became known as X-756 was exhumed from a grave near where Swackhammer is believed to have died. The body was then taken to an American military cemetery in Belgium and buried.

Swackhammer’s family never really knew what happened to him, but the Army kept working and eventually determined that X-756 could be Swackhammer.

His body was exhumed from Belgium and taken to a lab in Nebraska.

"They thought there could have been a possibility that some unknown remains were him, and they reached out in 2020 and that’s when we got really excited about the possibility of him coming home and hoping it was him," Finkle says. 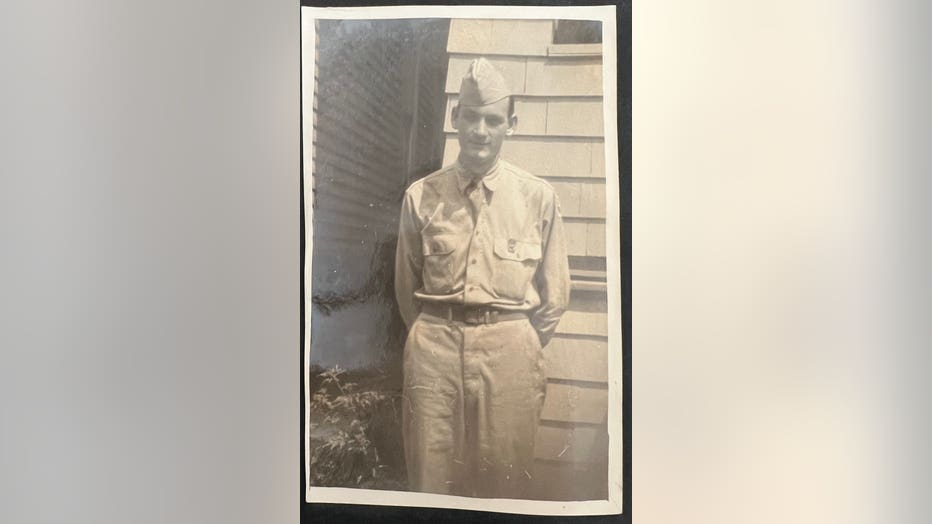 A family member provided a DNA sample and on June 28 of last year, the body was positively identified as Swackhammer’s.

The family had to choose a date and place for his burial.

Carol Finkle says the family chose the one-year anniversary of his identification as the date, and the place was obvious.

After being away from family for 78 years, unidentified Private First Class Morris Swackhammer will be buried close to his older brother Leon, who died in the 1970s and was buried at Arlington National.

"To have him come home and get the honors he deserves and to be close to my dad is wonderful," Carol Finkle said.

At a visitation Monday, family from across the country – most of whom didn’t know each other before 2020 – were united in advance of Tuesday's burial at Arlington National Cemetery.

"I just think of the sacrifice he gave at such a young age, but now the honor and pride knowing what he did for us [and] the excitement of having all these new family members that I never knew before," Travis Finkle said.