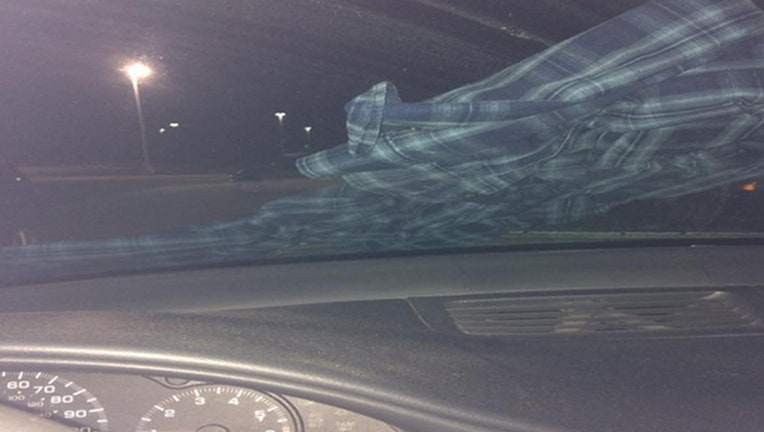 A woman's warning about making sure women are safe in parking lots is going viral.

Ashley Hardacre, who lives in Michigan, says she was leaving work when she says she saw a blue flannel shirt wrapped around her windshield.

In a Facebook post on Feb. 16, Hardacre said she felt uneasy because there was a running car parked close by.

"At first I thought maybe someone had just thrown it on my car for some odd reason," Hardacre posted on Facebook. "I used my windshield wipers to try to get them off but the shirt was completely wrapped around my wiper blade."

She said she had seen posts circulating on social media about people in the area finding items under their windshield wipers as a way to lure women out of their cars.

Fortunately she knew better. Instead of getting out, she drove off and pulled over to a safe place to remove the shirt.

"I don't know why the shirt was on my car but it had to have been intentional the way it was put on there. I really can't think of another reason as to why someone would put it on my car."