According to court documents, a woman shot and hospitalized her husband at a hotel in D.C. after claiming that he was molesting children at the daycare she owns in Baltimore County.

WASHINGTON - A woman accused of shooting her husband at the Mandarin Oriental Hotel in D.C. did so because she claims he was molesting children, court documents reveal.

Police say the call came in around 7:40 p.m. Thursday for reports of a man shot on the eighth floor of the hotel. Police say by then, the suspect had barricaded herself inside one of the rooms.

According to court documents, officers arrived at the room and began speaking with the suspect through the door. The officers asked the suspect, identified as Shanteari Weems, 50, of Randallstown, Maryland, to exit the room, but instead she started indicating that she wanted to shoot herself.

Police say during the conversation, they asked Weems if there was a person who had been shot inside the room, to which Weems replied that "he's a child molester."

One man has been hospitalized after a shooting took place at the Mandarin Oriental Hotel in D.C. Police said they arrested one woman and recovered two handguns at the scene of the crime.

The victim then shouted to the officers that he was inside the room and had been shot in the head and leg, to which Weems responded by telling him to "shut up" and threatening to kill the victim.

Police eventually made entry into the room and immediately detained Weems. They said they found two handguns inside the room, one was in Weems's purse and the other was found inside an unlocked safe in the room.

Court documents claim that while Weems was detained, she revealed more to officers on the scene about her relationship with the victim. Weems claimed that she had been married to the victim for five years and that they live in Baltimore.

Weems also revealed that she owns a childcare center in Baltimore County and that she had recently received multiple calls from parents of the daycare accusing her husband of molesting their children.

Police say they found a letter inside the room, allegedly written by Weems, which reiterates that claim. The letter adds that Weems was hoping to paralyze her husband and that she wants justice for the kids at her daycare.

The letter then concludes with an informal will and testament.

Court documents say after being arrested, Weems waived her rights and provided detectives with an interview. During the interview, she told investigators that her and her husband met in D.C. on July 20, and that during their trip in the District, she kept receiving calls alleging that her husband was molesting children at their daycare.

Weems claims that the calls made her emotional and she decided to bring up the allegations to her husband. During that conversation, Weems says, the situation escalated into an argument, and at some point during the argument, her husband stood up and walked towards her. Weems says that is when she retrieved her gun and shot her husband.

Weems then reiterated her claim to police that she did not want to kill her husband, adding that she could have done it while police were trying to get into the room.

According to the court documents, Weems also told detectives that she does not normally bring a gun with her to her "frequent" trips to D.C. 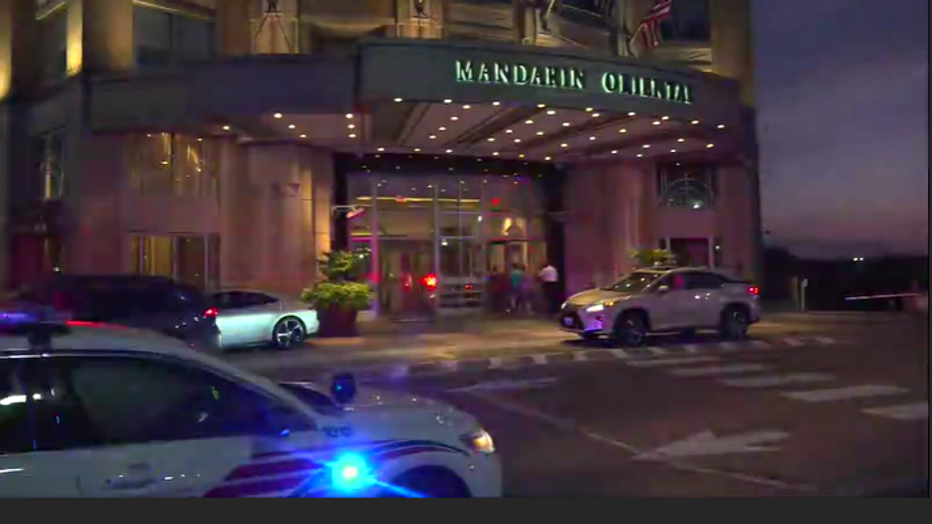 Police say the husband was taken to an area hospital with life-threatening injuries after the shooting. They have not released an update on his condition.

In response to the allegations made against the husband, FOX 5 received the following statement from Baltimore County Police:

"Baltimore County detectives are currently monitoring the recent developments in Washington D.C. Due to the sensitive circumstances leading up to this incident, the Baltimore County Police Department continues to support the families impacted. As this investigation moves forward, the daycare facility located in Owings Mills remains closed."

Weems has been charged with assault with intent to kill. She is being held without bond. Her next hearing is scheduled for Monday.