LANDOVER HILLS, Md. - Authorities have arrested and charged a woman with arson after an early morning fire at a Prince George's County apartment complex left two people hospitalized with injuries.

The fire was reported just before 1 a.m. Tuesday at a four-story apartment building in the 4000 block of Warner Avenue in the Landover Hills area. 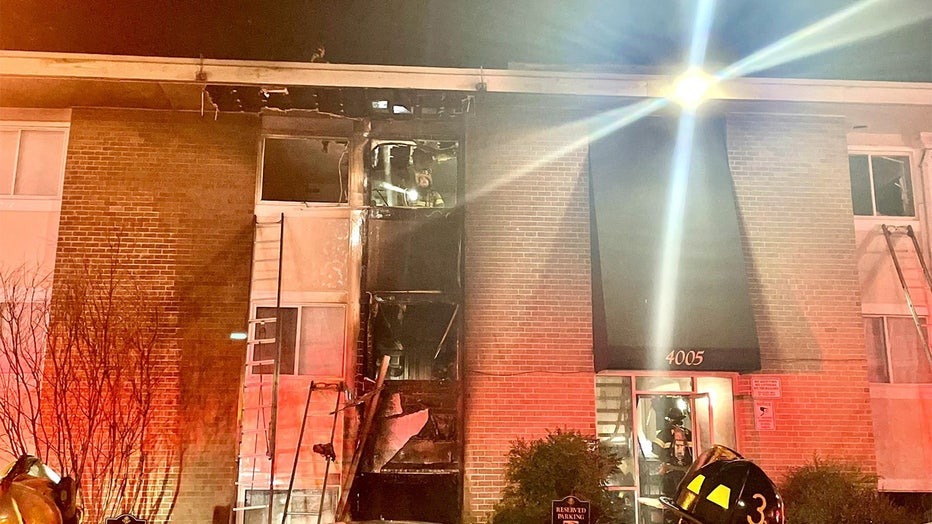 Officers arrested a woman and charged her with multiple counts of arson, malicious burning and reckless endangerment in connection with the fire. Damages have been estimated at approximately $100,000.