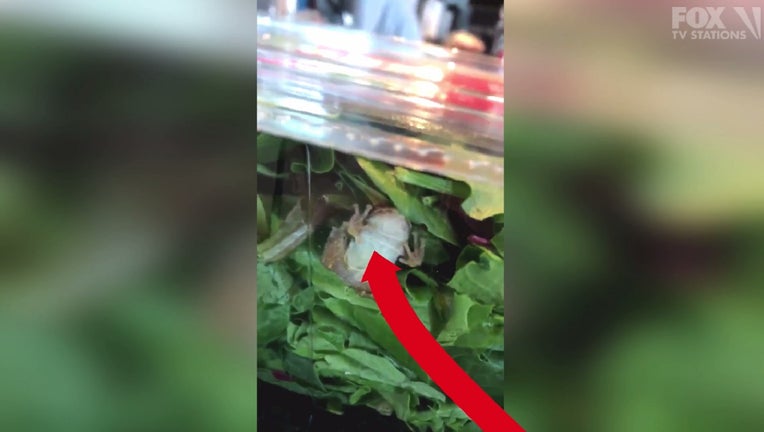 A family from Wisconsin was in for a surprise come dinnertime when they found a live frog in their boxed salad mix.

Bon appetit! nothin like salad with a side of live frog

All jokes aside, you can hear a family member freaking out in the background. At one point, Karlie gets a little jumpy herself when a fella named Gordon proceeds to touch the mix.

This isn't exactly the way route to healthy eating

A study published in Science of The Total Environment, says that finding these vertebrates in your prepackaged produce may be more common than you think.

Researchers found that the majority of the animals found were frogs and lizards, discovered in various brands of packaged salads, specifically, in non-organic salads.

Prepackaged salads have grown in popularity, and with rapid growth as well as increasing reliance on automated production to meet the demand, small vertebrates seem to be bypassing safety features to find solitude in your packaged salads.