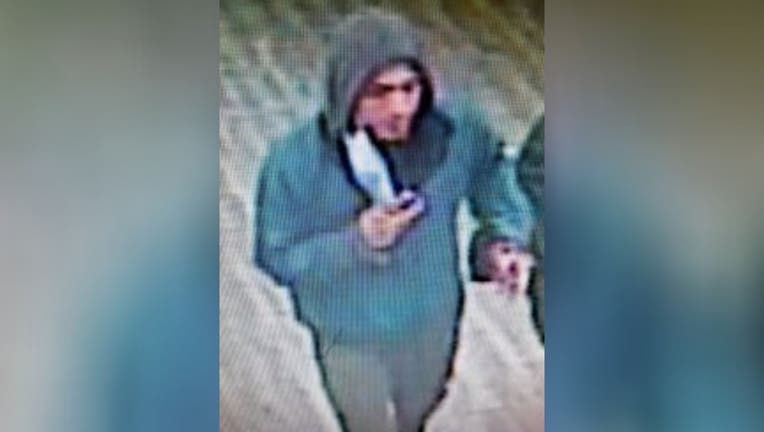 WHEATON, Md. - Montgomery County police have released a surveillance image of a suspect who allegedly seized a woman and then raped her outside  of a Wheaton Safeway earlier in the week.

Police say the suspect was described as a Hispanic male, who’s about 20 to 30 years old with curly black hair.

The 5-foot-8, 150 to 160-pound man has tattoos on both arms, and was reportedly wearing a gray hooded sweatshirt, gray pants and a green jacket during the incident.

Police began investigating after they responded to the store at the intersection of Georgia Avenue and Reedie Drive on Monday, shortly after midnight.

Investigators say the woman was walking with a friend at Wheaton Veterans Park on Amherst Avenue when she walked into the grocery store to use the bathroom.

When she left the bathroom, the suspect reportedly seized her hand and forced her to exit the store.

He then pulled her to an unknown area and raped her.

The victim was able to find her friend following the incident, and they called the police.