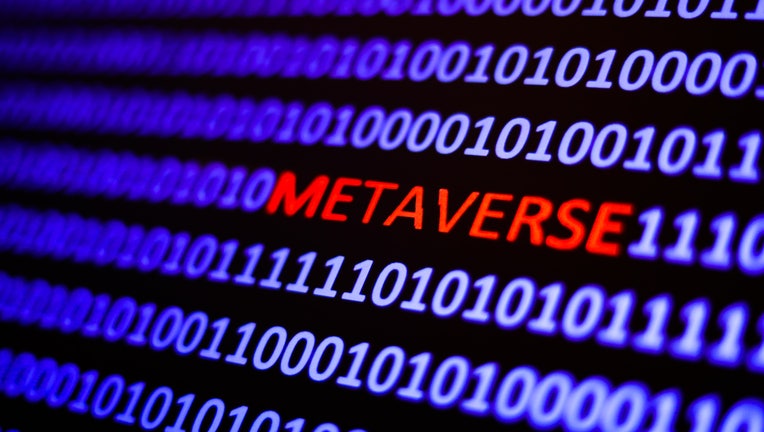 PHOENIX - Looking at search trends, people have been looking up the term ‘metaverse’ lately, since Facebook's announcement in October 2021 that it will rebrand to 'Meta' as a reflection of its commitment to develop new metaverse-related technologies.

Here's what you need to know about one of the hottest recent trends in the tech world.

First off, what is a metaverse?

In its October 2021 article on the rebranding of Facebook's parent company, the Associated Press defined the metaverse as sort of the internet brought to life, or at least rendered in 3D.

"[Mark] Zuckerberg has described it as a ‘virtual environment’ you can go inside of, instead of just looking at on a screen. People can meet, work and play, using virtual reality headsets, augmented reality glasses, smartphone apps or other devices," read a portion of the article. "It also will incorporate other aspects of online life such as shopping and social media, according to Victoria Petrock, an analyst who follows emerging technologies."

In a November 2021 article, the AP described the metaverse as "a virtual reality construct intended to supplant the internet, merge virtual life with real life and create endless new playgrounds for everyone."

An analysis by Bloomberg Intelligence in December 2021, meanwhile, describes the metaverse as the next big technology platform.

"Social, persistent, shared, virtual 3D worlds, the metaverse is the convergence of the physical and digital realms in the next evolution of the internet and social networks using real-time 3D software," a portion of the analysis read.

Why does it sound like things that some are already doing?

Some say that elements of a metaverse are already here.

According to a piece published by San Jose, Calif.-based newspaper The Mercury News, the game Second Life, which has been around since 2003, has allowed users to "create avatars to play games, attend meetings, conduct business, and even buy and sell virtual real estate."

Is Meta the only company with plans for a metaverse?

Meta is not the only company with plans for a metaverse. Even Zuckerberg himself has acknowledged that "no one company" will build the metaverse by itself.

The AP is reporting that other tech companies, such as Microsoft, chipmaker Nvidia and Fortnite maker Epic Games have all been outlining their own visions of how the metaverse will work.

"We think there’s going to be lots of companies building virtual worlds and environments in the metaverse, in the same way there’s been lots of companies doing things on the World Wide Web," said Richard Kerris, vice president of Nvidia’s Omniverse platform. "It’s important to be open and extensible, so you can teleport to different worlds whether it’s by one company or another company, the same way I go from one web page to another web page."

So, what can people do on a metaverse?

During a presentation in October 2021, Meta's CEO, Mark Zuckerberg, gave a glimpse of what people can do on a metaverse.

"He effused about going to virtual concerts with your friends, fencing with holograms of Olympic athletes and — best of all — joining mixed-reality business meetings where some participants are physically present while others beam in from the metaverse as cartoony avatars," read a portion of the article.

People can even get married on a metaverse.

What?! A metaverse wedding?

Two Arizonans celebrated their wedding anniversary by holding a wedding ceremony for their digital selves on the metaverse. FOX 10's Irene Snyder reports.

Phoenix area-based Rose Law Group had purchased some land in a particular metaverse, and they used that piece of land as the wedding venue. A metaverse marriage license was also obtained.

The happy couple, identified as Candice and Ryan Hurley, were celebrating their 14th wedding anniversary in the real world with the event. Family, friends, and a couple of thousand avatars in the metaverse took part in the wedding.

"We were looking for a unique way to celebrate, and what better way than to expand our love to the metaverse, beyond the normal realms of the universe?" said Ryan.

"I didn't know what he was talking about, but I said 'let's do it,'" said Candice. "I was quick to say let's do it because I love to do fun, exciting new things with him."

The virtual wedding venue was designed to mimic the couple's dream winter wedding, featuring avatars of them, their son Liam, and their dog Pepper.

"I think it'd kind of weird, but kind of cool at the same time," said Liam.

Despite some technical glitches, they eventually made their way to the altar, and then sealing the deal with a kiss in both the real world and the metaverse.

Candice and Ryan say this is a day that will live on in their hearts, and in the metaverse, forever.

"I've always felt our love was special, so for this to make a lasting impression that will outlive all of us is pretty amazing, I think," said Ryan.

A statement from the Rose Law Group also stated that NFTs were given out as party favors.

We have an entire explainer article on NFTs, also known by the full name: non-fungible tokens.

Read more: What is an NFT? The new digital ‘property’ that is taking the world by storm

What are some of the problems facing the metaverse?

Meta has been dealing with a problem of inappropriate behavior on the metaverse.

According to the BBC, some metaverse users have been dealing with harassment, with one woman likening her own traumatic experience to sexual abuse. In response, Meta has rolled out a new feature that prevents avatars from coming within a set distance for each other.

There is also the problem of interoperability, or making different offerings work with each other. To make the metaverse work, some developers say they are going to have to form a set of industry standards similar to those that coalesced around HTML, the open "markup language" that’s been used to structure websites since the 1990s.

Some, like Facebook whistleblower Frances Haugen, warned that metaverses will be addictive, and rob people of yet more personal information while giving Meta another online monopoly.

"Being able to share some things but not share other things" is important when you’re showing off art in a virtual home but don’t want to share the details of your calendar, said Timoni West, Vice President of Augmented and Virtual Reality at Unity Technologies, which builds an engine for video game worlds. "There’s a whole set of permission layers for digital spaces that the internet could avoid, but you really need to have to make this whole thing work."