Biden and Trump on election integrity

A chaotic 2020, including a contentious presidential election amid a global pandemic and a state of bitter polarization in America, has led to a lot of uncertainty. What happens when the results are contested in court? Will the United States have a president by Inauguration Day?

More than 100 million Americans voted prior to Election Day this year, many by mail, due to health concerns about casting a vote in person — leading to delayed results, as many experts had predicted.

Results in the race between President Donald Trump and Democratic nominee Joe Biden were narrow and drawn-out following Election Day, with the Trump campaign announcing multiple lawsuits in states to either stop counting or conduct a recount.

Prior to Nov. 3, Trump had repeatedly questioned the integrity of the election with unsubstantiated claims about voter fraud and mail-in ballots. He declined to commit to a peaceful transfer of power if he loses — and has said he expects the election to "end up in the Supreme Court."

Following the death of Supreme Court Justice Ruth Bader Ginsburg, Trump quickly nominated Amy Coney Barrett and suggested the election is one of the reasons he pushed to fill the vacant seat so soon.

In U.S. elections, it all comes down to the states

“It’s possible there will be all kinds of litigation, and much of it will be in the different state courts. That’s because the U.S. Constitution gives primary responsibility for elections to the states,” said Aubrey Jewett, a professor of political science at the University of Central Florida. 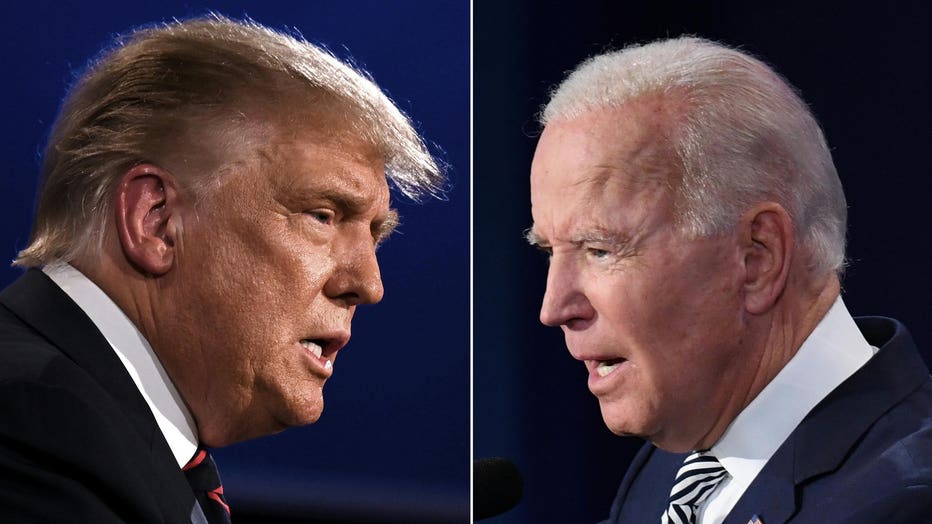 “The most obvious scenario would just be that it’s a very close election,” Jewett predicted, adding that state laws vary regarding election recount processes.

In some states, a defeated candidate’s only option is to contest the result in court. Twenty states and the District of Columbia provide automatic recounts, but only if the margin between the top candidates is within certain parameters, according to the National Conference of State Legislatures.

Florida adjusted its standard for recounts following the contest between Republican George W. Bush and Democrat Al Gore in 2000, which was ultimately settled in Bush’s favor after the U.S. Supreme Court stopped the recount.

In 2020, Jewett said court battles could happen over postal service delays and whether the state gave adequate time for ballots to come in — or inadvertent errors by voters who didn’t fill out their absentee ballot correctly.

“That to me might be one of the bigger sources of court battles because we’re just going to have so many more people voting by mail this time than we’ve ever had,” he added.

Regardless of what legal battles may lie ahead, there are some important dates after Nov. 3 to pay attention to.

Between Nov. 4-23, deadlines vary to receive overseas and absentee ballots. Between Nov. 5-Dec. 12, deadlines also vary by state for certified election results to determine how state electors, who make up the Electoral College, will vote.

Another date to be aware of is Dec. 8 — the “safe harbor” deadline. It provides that if a state submits its final electoral vote count in a presidential election six days before the Electoral College meeting on Dec. 14, the results are considered to be “conclusive” and Congress must accept those totals, according to the Congressional Research Service.

RELATED: What happens after Election Day on Nov. 3?

What if election issues prevent an absolute majority in the Electoral College?

The candidate who receives at least 270 out of 538 electoral votes wins the presidency. But if a tie or legal proceedings prevent a candidate from winning an absolute majority of votes in the Electoral College, a so-called “contingent election” would be held during a joint session of Congress on Jan. 6, 2021— with Vice President Mike Pence presiding.

The newly-elected Congress will be sworn in on Jan. 3, 2021, which would take on this responsibility.

The presidency has only been decided this way one time — the election of John Quincy Adams in 1825.

RELATED: The Electoral College: How does it work? Why do we have it? Could it ever change?

If the House hasn’t elected a president by Inauguration Day, then the vice president-elect steps in to serve as president until a commander-in-chief is picked, as laid out by the 20th Amendment.

If the Senate has also not yet chosen a vice president, then the Presidential Succession Act of 1947 applies — which says that the speaker of the House of Representatives would act as president until there is a president or vice president. If re-elected to both her seat and the speakership, this would be Rep. Nancy Pelosi, D-Calif.

After the House speaker, the next in line is the president pro tempore of the Senate. Currently, Sen. Chuck Grassley, R-Iowa, serves in this capacity.