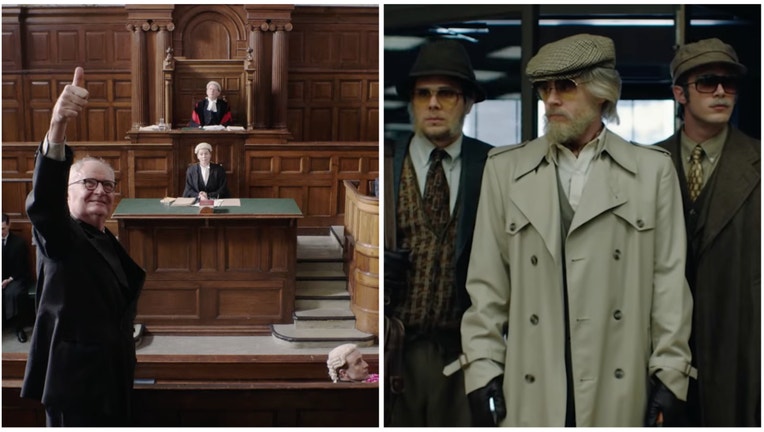 LOS ANGELES - There’s nothing cooler than a perfectly executed heist film. The formula has been tightened, perfected and even parodied. An unusual and bold plan comes together, things go wrong on the surface and in the end there’s a satisfying reveal that nothing ever went awry. And art heist films are the most high class of them all, invoking images of well dressed sophistiques looking to obtain the ultimate masterpieces.

Heist films have begun a 30-year cycle of reinvention. It started with the suave 1960s movies that made famous the tropes so many heist stories rely on to this day. Films like "How to Steal a Million," the Rat Pack’s "Ocean’s 11" and "The Thomas Crown Affair" created an image of high class people dabbling in theft. 30 years later in the 1990s the genre got a modern revamp, seeing remakes of "Ocean's Eleven," "The Thomas Crown Affair" and new additions like "Entrapment." A more overtly sexual allure was added, but the heart of the genre remained the same.

WATCH FREE ON TUBI: Pierce Brosnan in "The Thomas Crown Affair" — get the app

Now another 30 years has passed and the art heist film is reinventing itself again. Recent releases like the Evan Peters-starring "American Animals" (2018), Netflix’s hit series "Money Heist" (2017-2021) and this year’s Jim Broadbent vehicle "The Duke" epitomize a growing trend: stories that rethink the heist formula audiences have come to expect. Suave is out, messy is in. 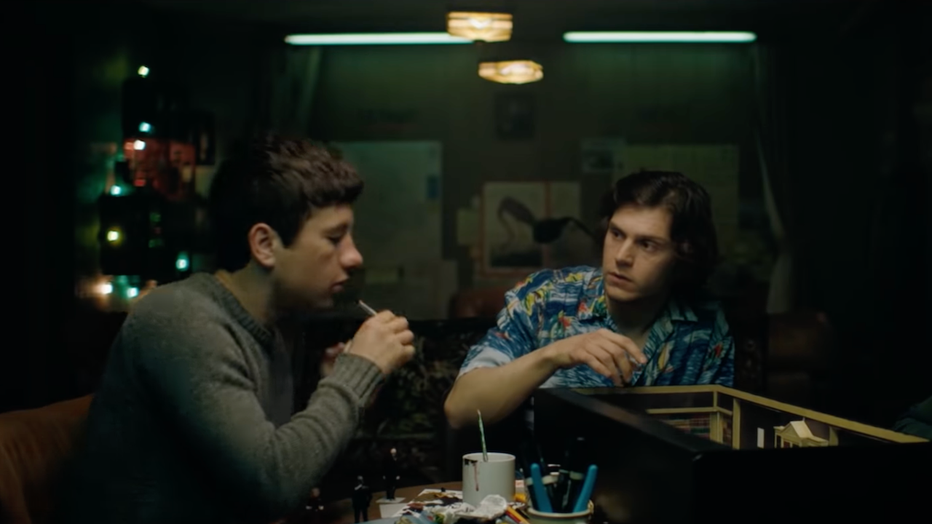 "American Animals" tells the true story of four college students played by Peters, Jared Abrahamson, Blake Jenner and Barry Keoghan, though their real-life counterparts also appear in the film. Entranced by the allure of slick heist films and eager for a reprieve from their monotonous lives, they decide to stage a caper of their own, targeting the rare book collection at Lexington, KY’s Transylvania University in 2004 — specifically, a first edition of naturalist artist John James Audubon's revered color-plate book, "The Birds of America." The film plays with the very idea of truth and questions just how cool and competent the thieves actually were. It’s not a spoiler to say their plan falls apart. The real surprise is exactly how badly things go, and the ways in which they spectacularly fail. It’s messy and upsetting, a chaotic maelstrom that descends on these irreplaceable literary treasures and the people set to watch over them, leaving no one (including the students) and nothing unharmed.

WATCH FREE ON TUBI: "American Animals" — get the app

In a similar vein, "The Duke" also tells the true story of a real art heist, this time the theft of Francisco de Goya’s "Portrait of the Duke of Wellington" from Britain’s National Gallery in 1961. For months, the valuable painting sits in a cupboard in Newcastle, but the ransom sought by the thief (Broadbent) is unusual: He’s using the masterpiece as a bargaining chip in the fight for better support for the elderly, many of them WWI and WWII veterans. It’s a warmer and more playful film than "American Animals," but like its predecessor, "The Duke" tells a real-life story characterized not by the polish and precision of a fiendishly clever scheme, but the risk and messiness that arise when anyone, especially an amateur, attempts such a massive criminal undertaking.

By leaning into their real-world inspirations, these films break down just how stressful it would really be to steal art. They don’t treat the targeted works as a blandly valuable MacGuffins, which exist to give the thieves a big financial incentive to steal (and set the plot in motion). "American Animals" and "The Duke" treat their stolen masterpieces as actual tangible objects with value that comes from human beings, not appraisal forms. And by putting these priceless objects in mundane places the characters are able to form their own connections to the pieces, something that surpasses monetary value. How could a person not be affected by the masterpiece they’ve got hidden in their wardrobe?

WATCH FREE ON TUBI: "The Duke" star Jim Broadbent in "Le Week-End" — get the app

In these films, there’s also a noticeable shift toward the human interest side of the story. Slick heist movies treat their characters as vehicles to go to fantastic destinations and carry out intelligent plans. The people at the heart of "American Animals" are so human they all but destroy the allure of Hollywood’s suave capers, while "The Duke" focuses more on the family at the heart of the heist than on the theft itself. These films speak to understanding art crime as an ultimately human pursuit. Art is something that needs to be experienced by the viewer to become valuable, and stolen art is no different.

These recent adaptations of real-world events aren’t fantasies. Instead, they capture, at least in part, the messy reality of the world of art crime, one we rarely see on screen. Most art thefts in history are tales of foolish ambition. There are exceptions of course — the 1990 Isabella Stewart Gardner Museum heist, one of the largest thefts of property in history, is a dramatic story of gangsters and mystery that remains unsolved to this day. (Watch the Netflix documentary "This is a Robbery" to learn more). But such instances are rare. Most are chaotic and clumsy, some even mundane The 1911 theft of the "Mona Lisa" made the painting the most famous piece of art in the world, but Da Vinci’s masterpiece ultimately sat in the thief’s apartment for two years until it was returned. The lives of prolific art criminals like Stéphane Breitweiser and John Tillman are stories of pathologic obsession with stealing and owning art. There is no suave beauty, no perfectly executed plan. It’s just people hoping to own something that inspires. 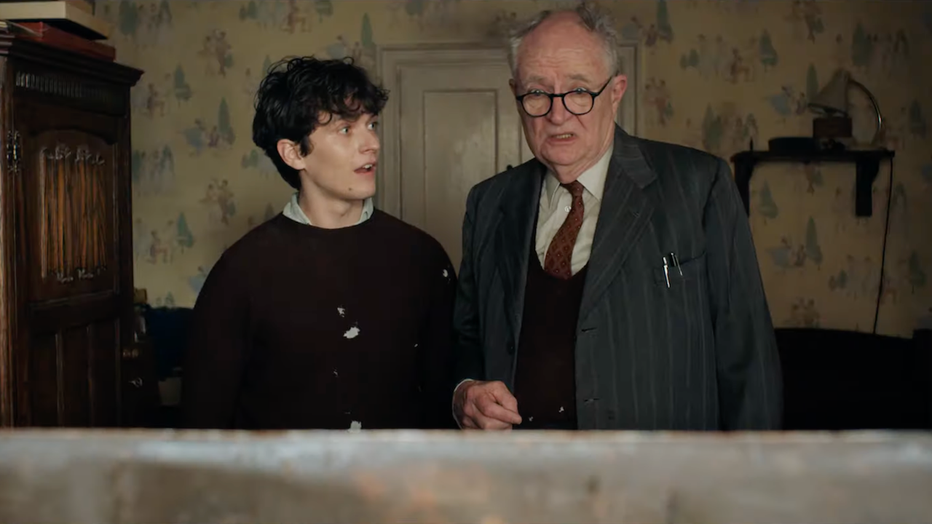 The fact that messy art heist films are in fashion may also be a reaction to the proliferation of the true crime genre. Today’s true crime stories often focus on titillation and mystery, encouraging readers, listeners and viewers to gawk at the spectacle and horror of criminal acts. But when films dissect these capers as foolish pursuits, the mystique fades away. We come away with a deeper and more nuanced understanding of crime as an extension of ourselves. It’s not diabolical, it’s not genius, it’s just an idea someone had.

That’s not to say that slick heist films are amoral or inferior. There’s a lot of fun to be had with perfect plans and groups of smart people staying calm under pressure. If "Ocean’s Eleven" is on while I’m channeling surfing, I will watch the whole thing without hesitation. But the shift to messier art heist films signals there’s still a lot more to do in the genre. In bank robbery films, things often go wrong, whether it’s "Dog Day Afternoon" (1975), "Heat" (1995) or "Point Break" (1991). It’s time art heists were approached with the same complexity. While the heist films of the 1990s and early 2000s updated classic films, this burgeoning trend with newer movies suggests a desire to innovate.

WATCH FREE ON TUBI: Al Pacino in "Dog Day Afternoon" — get the app

There’s no such thing as a "good" art heist,. Either the thieves get caught, or something profoundly valuable is lost to the rest of us. Neither seems to do the rest of the world any good. Art heist films are finally starting to explore the thematic possibilities in this specific kind of theft. It doesn’t mean the slick heist film is dead, but it’s time we revel in the mess.

About the writer: Leila Jordan is a writer and former jigsaw puzzle world record holder. Her work frequently appears in Paste Magazine. To talk about all things movies, TV, and useless trivia you can find her on Twitter @galaxyleila.

For another kind of heist: The Great Brady Heist, streaming free on Tubi