SACRAMENTO, Ky. - An eerie video posted to social media shows a massive tornado in the distance as it moves through part of Kentucky during the night.

Eddie Knight of Sacramento, Kentucky posted the 35-second footage to Twitter. It looks like something out of a horror movie: the video flashes from pitch black and then back to the tornado when the dark sky is lit up by lightning.

"Video of what I believe to be the tornado that traveled ~200 miles," Knight wrote on Twitter. "Video from my dad’s front porch between Bremen and Sacramento, Kentucky. Terrifying."

"My family is ok. Still verifying friends. This is MUCH bigger than just the factory in Mayfield," he told FOX 35 News.

Kentucky’s governor says a devastating tornado touched down for 227 miles — more than 200 in his state — and deaths were feared in 10 counties.

Gov. Andy Beshear said at a news conference Saturday that at least 70 people were feared dead in Kentucky, and the death toll could exceed 100.

"This will be, I believe, the deadliest tornado system to ever run through Kentucky," Beshear said.

Beshear said about 110 people were in a Mayfield candle factory hit by a tornado.

Local officials said national guard members and emergency workers from across the state were pouring into Mayfield to help with the search and rescue operation. 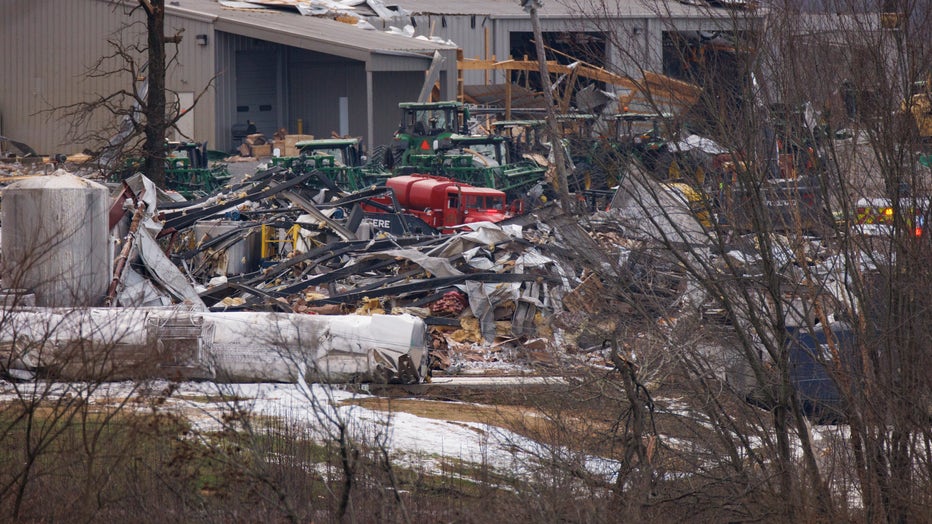 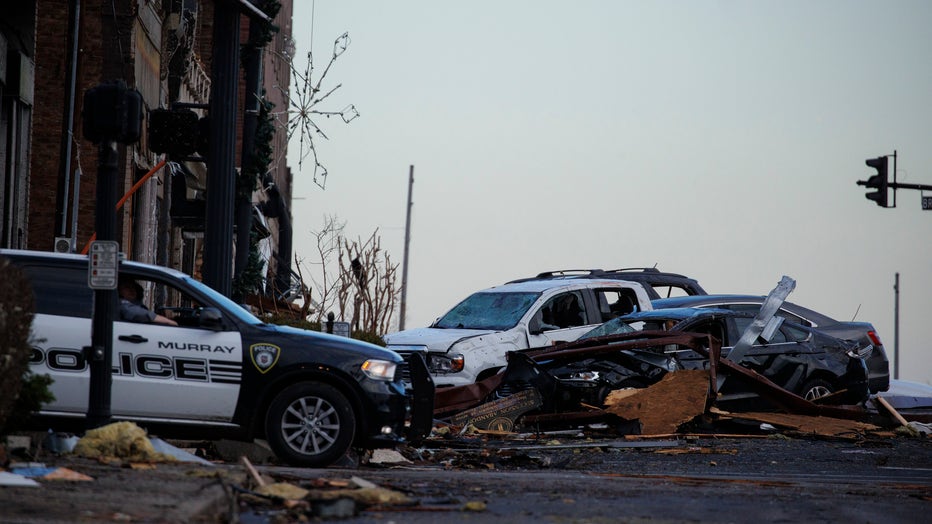 Storms also hit an Amazon facility in Illinois and a nursing home in Arkansas.

"The damage is even worse now that we have first light," Beshear said.

The roof of the building was ripped off and a wall about the length of a football field collapsed.

A tornado struck the Monette Manor nursing home in Arkansas on Friday night, killing one person and trapping 20 people inside as the building collapsed, Craighead County Judge Marvin Day told The Associated Press.

Five people had serious injuries, and a few others had minor ones, he said. The nursing home has 86 beds.

This developing story was reported from Orlando. The Associated Press contributed.

Watch FOX 35 News for the latest updates from the FOX 35 Storm Team.