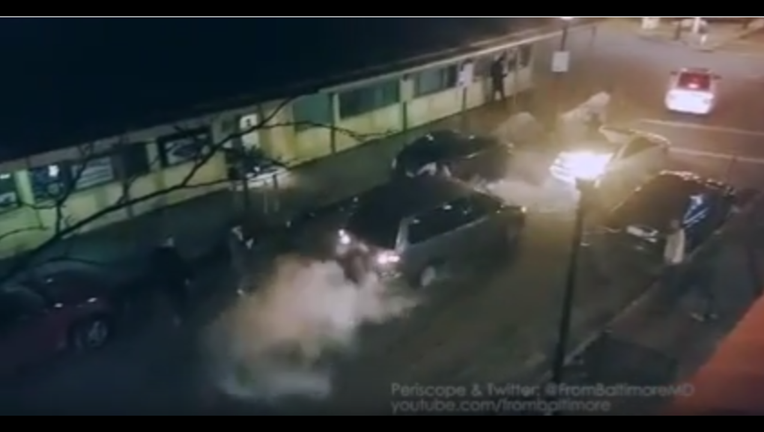 BALTIMORE, Md. - One person is in serious but stable condition following a dramatic accident involving a vehicle in Baltimore.

The incident occurred on South Broadway Street overnight. An investigation by crash team detectives revealed that prior to the accident, the driver of the 1999 Honda Odyssey involved was in an altercation where several people attempted to break into his car and extract him from the vehicle.

The driver, 28-year-old Orlando Redd, attempted to flee his attackers by ramming into a stopped vehicle and then driving, in reverse, up onto the sidewalk.

He struck a 27-year-old woman as she exited a building, and then sped away.

Redd is waiting to see a court commissioner.