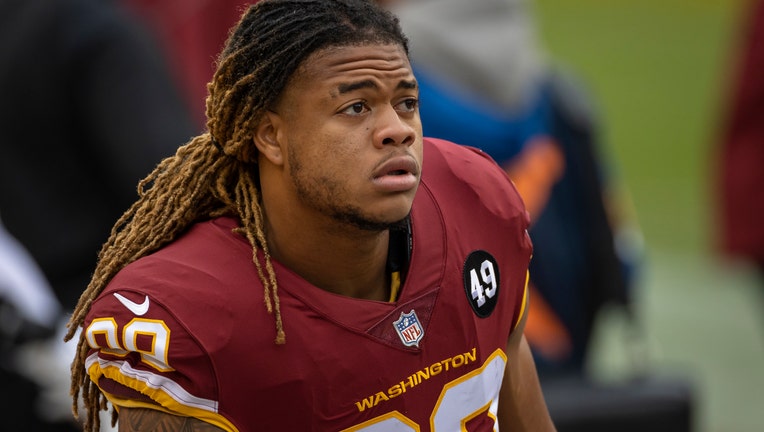 Chase Young #99 of the Washington Football Team looks on during the first half against the Dallas Cowboys at FedExField on October 25, 2020 in Landover, Maryland. (Photo by Scott Taetsch/Getty Images)

WASHINGTON - Sunday's game presents a matchup between two rebuilding teams, though one seems to have a much better idea of its identity so far.

Unlike Washington, the Cincinnati Bengals have their franchise quarterback in No. 1 overall pick Joe Burrow.

And for the first time, the promising rookie will go up against the No. 2 pick in his draft class: Washington's star pass rusher Chase Young.

Both teams have only two wins on the season, and are looking for signs of life as this year's campaign draws closer to an end.

Washington has lost two straight games, but has also nearly pulled off two comebacks under the inspiring leadership of Comeback Player of the Year frontrunner Alex Smith.

Washington's offense will have to overcome its season-long streak of slow starts, but the defense will also be critical today.

The game's in Landover and kicks off at 1 p.m.