WASHINGTON - The Washington Nationals know a thing or two about beating the Houston Astros on the road to win the World Series – and they didn’t waste any time taking a jab online at their old foe.

After the Atlanta Braves beat the Astros in Houston to take their first World Series championship since 1995 – the Nats let the roasting begin. 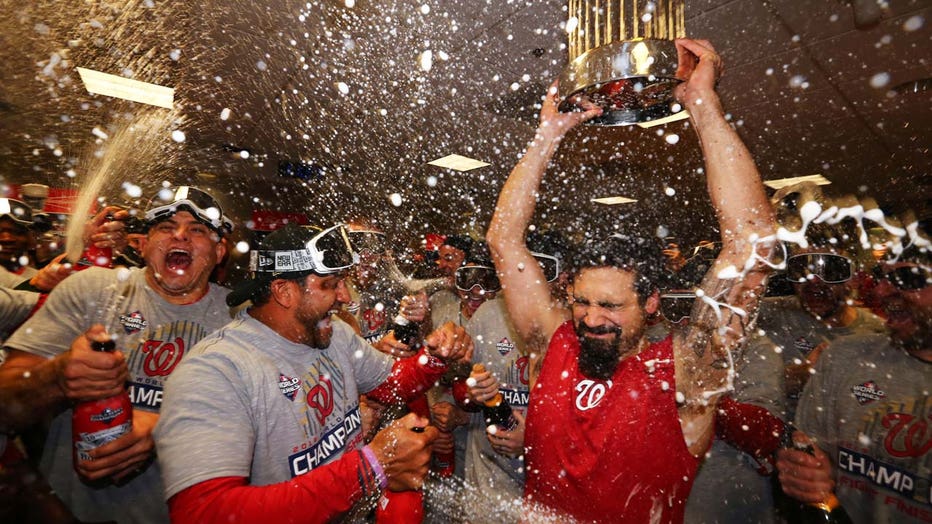 Anthony Rendon #6 of the Washington Nationals celebrates in the clubhouse after the Nationals defeat the Houston Astros in Game 7 to win the 2019 World Series at Minute Maid Park on Wednesday, October 30, 2019 in Houston, Texas. (Photo by Alex Trautw

"Visiting clubhouse in Houston is one helluva place to throw a party," the team said in a Tweet. They also congratulated the Braves on their victory. 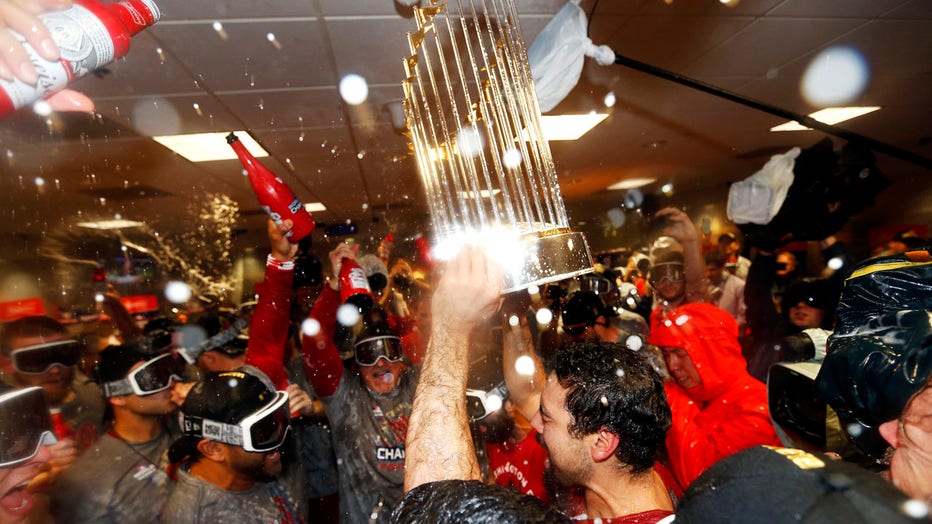 The Nationals won the 2019 World Series by beating the Astros four games to three.

The Astros had home-field advantage for the series but the Nationals took home the championship after a victory in game seven at Minute Maid Park.