WASHINGTON (FOX 5 DC) - The National Hockey League today announced the 2020-21 regular-season schedule for its 31 member clubs. The Washington Capitals will play 56 games against East Division opponents and will open the season at KeyBank Center on Thursday, Jan. 14 against the Buffalo Sabres. 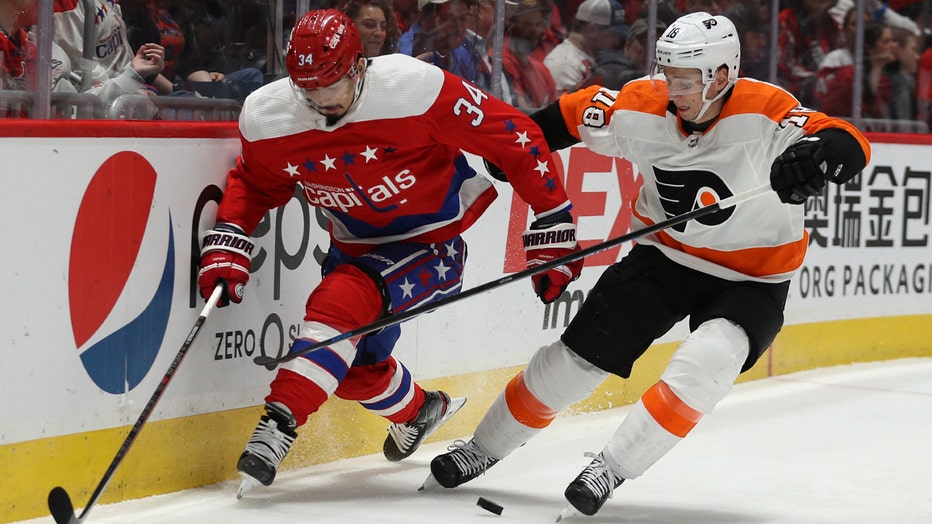 WASHINGTON, DC - MARCH 04: Jonas Siegenthaler #34 of the Washington Capitals skates past Tyler Pitlick #18 of the Philadelphia Flyers at Capital One Arena on March 4, 2020 in Washington, DC. (Photo by Patrick Smith/Getty Images)

The Capitals home opener will take place on Friday, Jan. 22 vs. Buffalo at Capital One Arena.

The Capitals’ regular season schedule consists of 25 two-game sets against the same opponent at the same venue, with the first pair of games to be played against the Sabres on Jan. 14 and Jan. 15 in Buffalo.

Washington will then travel to Pittsburgh for two games against the Penguins on Jan. 17 and Jan. 19 at PPG Paints Arena before hosting Buffalo on Jan. 22 and Jan. 24 at Capital One Arena.

The Capitals will conclude the regular season with two games against the Philadelphia Flyers on May 6 and May 8 at Capital One Arena.

Game times and television broadcast plans will be released at a later date.

The full schedule can be found below or by clicking here. 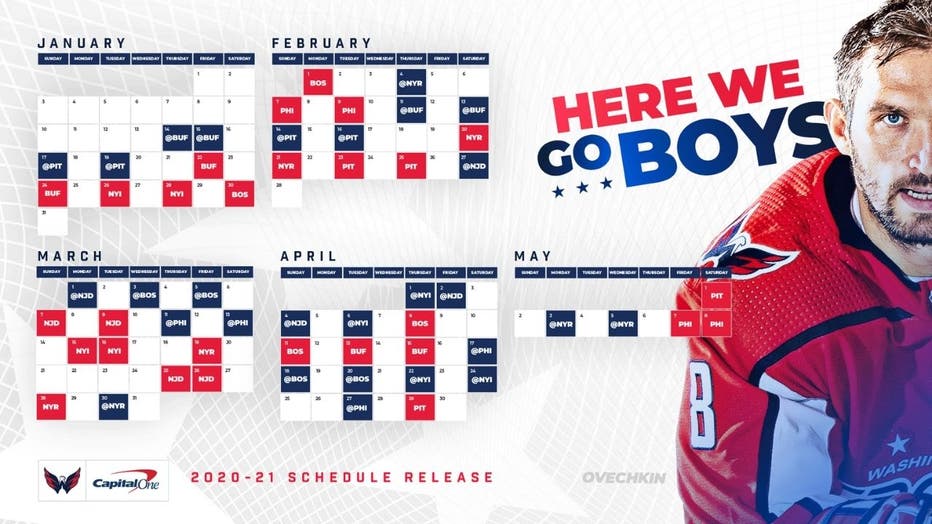