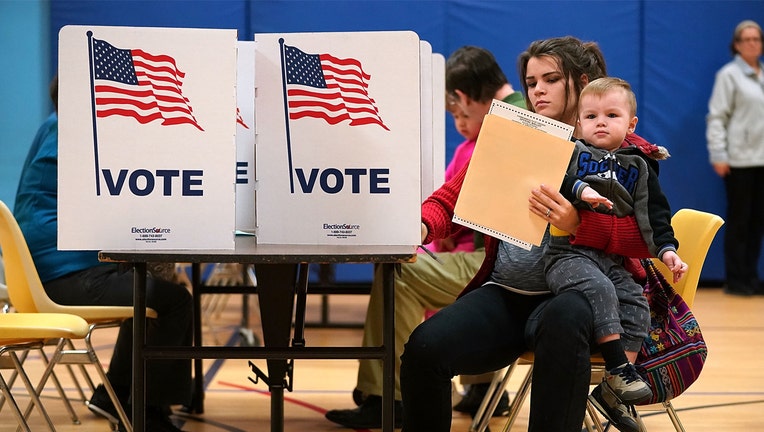 RICHMOND, Va. - Before you head to the polls to cast your vote in Virginia on Nov. 6, here's everything you need to know:

Polling stations will be open on Tuesday, Nov. 6 from 6 a.m. to 7 p.m. If you need to find your local polling station, click here.

If you haven't had time to register to vote, we're sorry to inform you that you won't be able to since the due date was May 21. If you need to check on the status of your registration, click here to find more information.

You can find all voter forms here.

As you're voting, remember that it is OK to take a "ballot selfie" in Virginia. If you take one, be sure tag FOX 5 by using #Fox5Vote.

Virginians and the country will be keeping a close eye on two races that could have a major impact on the U.S. House and Senate - the Senate race between Democrat Tim Kaine and Republican Corey Stewart, and the race for Virginia's 10th Congressional district between Republican Barbara Comstock and Democrat Jennifer Wexton.

U.S. House - Virginia 10th District: DMV residents have been inundated with dueling ad campaigns championing the causes of the incumbent, Comstock, and her Democratic challenger, Wexton. Comstock has represented the district since 2015, after serving in the Virginia House of Delegates for four years.

U.S. Senate: The Senate race pits a moderate Democrat in Kaine against a staunch Trump acolyte in Stewart. The latter is currently serving as at-large chair of the board of supervisors of Prince William County. Like Trump, Stewart has become an outspoken critic of immigration policies. Kaine has represented Virginia in the Senate since 2013. He previously served as Lieutenant Governor.

DC Voting Guide: What you need to know before heading to the polls Nov. 6

Maryland Voting Guide: What you need to know before heading to the polls Nov. 6