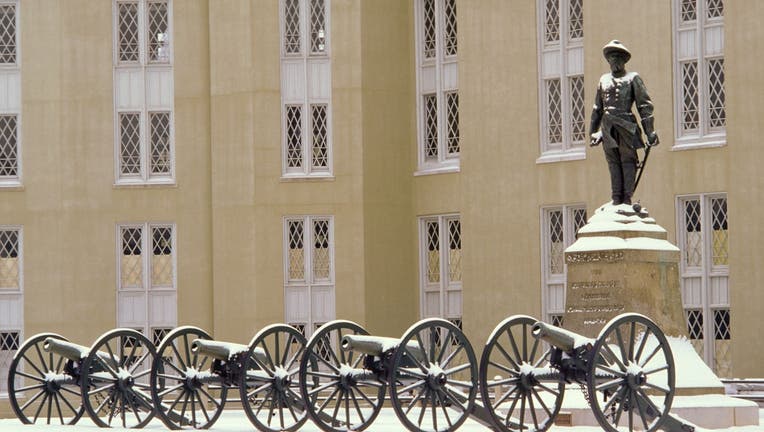 LEXINGTON, Va. - Historic Virginia Military Institute began the process of removing its Stonewall Jackson statue from barracks and transporting it to a civil war museum on Monday.

The bronze statue will be removed today, and its base will be repaired over the next several days before being moved to the Virginia Museum of the Civil War and New Market Battlefield State Historical Park.

The process will be completed in the summer or fall of 2021.

“Though Jackson did not fight in the Battle of New Market, the Luray Gap of the Massanutten Mountain, which can be seen from the battlefield, played a strategic role in concealing his army’s movements against Union troops,” Gibson said. “How fitting it is for the statue of Stonewall Jackson to look out over the Luray Gap which played such an important part of his Shenandoah Valley Campaign of 1862.”

The statue was given to VMI in 1912 by the sculptor Sir Moses Ezekiel - VMI’s first Jewish cadet and a veteran of the Battle of New Market.