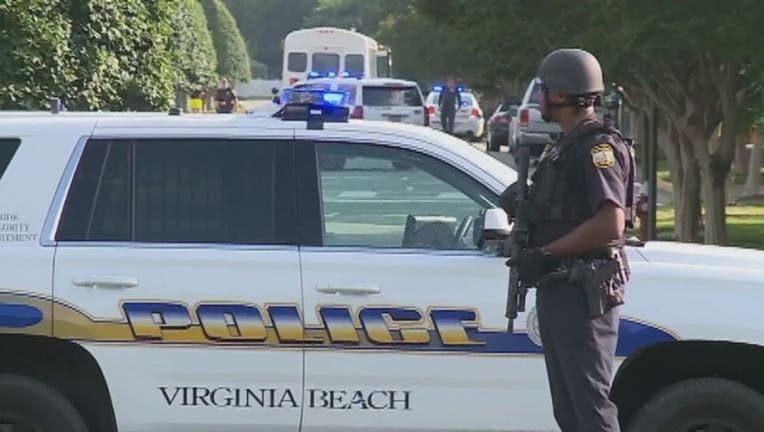 VIRGINIA BEACH, Va. - (AP) -- A top Virginia Beach official is resigning after being criticized for his response to a recent mass shooting by a city employee.

Hansen worked for the city for 13 years, including more than 3 years as city manager where he oversaw day-to-day operations of the city. He helped lead the city's response to one of the worst mass shootings in Virginia history three months ago when a city employee killed 12 people at a municipal building.

But family members of some of the victims have been critical of Hansen's response to the shooting, saying he has not been responsive to their requests for information or treated them well.

"A lot of performance problems led to this day. It's more than just one event. If he'd consistently communicated and acted in a gracious manner, he'd probably still be city manager," said Kevin Martingayle, an attorney who represents several of the shooting victims' family members.

He said his client Jason Nixon, whose wife Kate was killed in the shooting, thinks Hansen's departure is "very good news."

Members of the Virginia Beach Interdenominational Ministers Conference called for Hansen's departure earlier this month, saying his poor leadership helped create the "toxic work environment" that contributed to the shooting.

But Vice Mayor James Wood said Hansen should be commended for his handling of the tragedy.

"I could not imagine anyone doing a better job," Wood said.

In his resignation letter to city employees, Hansen urged employees to work together without "pointing fingers."

"Our most recent tragedy will take all our energy, strength and patience so we can walk the long path of recovery ahead," Hansen said.

Hansen's leadership style has been faulted before the shooting. He once sent a text message saying he wanted to punch a top state official, according to the Virginian-Pilot newspaper and was forced to apologize by the city's mayor.

Two city council members and a group of black ministers called on him to resign last year over texts he exchanged with his deputy about protests over how many city contracts were going to minorities.

The city council is set to name an interim manager Sept. 3.