A man pulls a gun out in a Fairfax County bar, and later opens fire on the crowd. This week, the suspect was offered a plea deal that’s left the bar owners furious. FOX 5’s Lindsay Watts sat down with Jenna Kuhn, the owner of Sully's Pour House, for an exclusive interview.

FAIRFAX COUNTY, Va. - A man accused of shooting into a crowded bar in Herndon, barely missing an employee, was offered a plea deal that could eventually leave him with only a misdemeanor conviction.

The owners of Sully’s Pour House say they’re furious about the deal as well as the way they say they were treated by the prosecutor on the case.

Owner Jenna Kuhn, who owns the bar with her husband, said the impacts of the November 2021 shooting were far-reaching: business tanked, employees left and her sense of safety vanished.

"It was hard for us to go into work," Kuhn said.

Herndon police said the suspect, 29-year-old De’Quinn Le’Charn Hall, got angry when he was told he couldn’t bring kids into the bar at night. He’s then seen on bar surveillance video knocking over a stool, assaulting an employee and pulling a gun. The young children with him were present at the time.

Minutes after leaving, video shows Hall returning with a man police said is his brother. Police said he fired one shot, breaking the glass door of the bar. Surveillance video shows the bullet nearly hitting a man by the door, who Kuhn said is the same bouncer who was assaulted.

Police said Hall moved to South Carolina, and it took months to arrest him. Investigators said he was charged with six felonies, including malicious wounding, and two misdemeanors.

"He was being charged with six felonies. I just need one to stick to give me relief knowing that I have a little bit of justice served," Kuhn said.

She also said she wasn’t against a plea deal, but couldn’t believe what the Fairfax County Commonwealth Attorney’s Office decided to offer Hall. Under the deal, he would be charged with a felony firearms charge, but if he committed no crimes for three years, the charge would be reduced to a misdemeanor on his record. 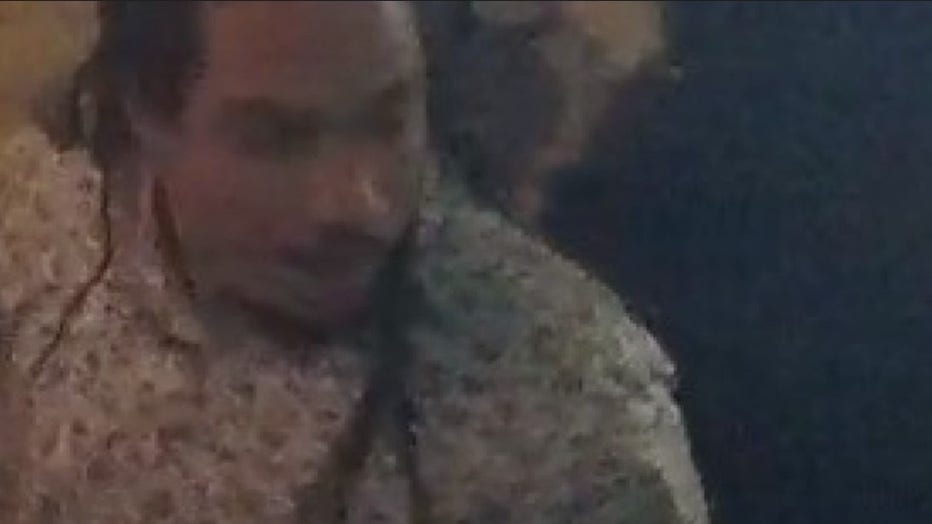 According to police emails, a Herndon detective on the case said that he told prosecutor Robert Bezilla "that this offer was ridiculous and that it was not a reasonable offer."

The email from Corp. Eliezer Calo said, ‘It was also communicated to ACA Bezilla that the consequences of putting citizens' lives at risk should be more severe."

Calo said he arranged for Bezilla to speak to Kuhn outside the courtroom.

Kuhn said she asked Bezilla why the plea deal was offered.

"(Bezilla) said just because a bad thing happened doesn’t mean that (the suspect) is a bad person," Kuhn said.

She said the exchange became heated.

"I’ve never felt so demeaned in my life. The way he spoke to me," she said.

She said Bezilla went on to say: "He doesn’t know what lies the Herndon detective put in my head for me to believe that this guy should deserve a felony."

Calo’s email said while he didn’t hear that part of the exchange, he returned to hear Kuhn tell Bezilla he owed Calo an apology.

Kuhn wrote a scathing post on Facebook Wednesday about what happened. She said she started hearing from dozens of people, and on Thursday, got a call from Commonwealth Attorney Steve Descano.

"He reached out to me an hour and a half before this interview after he heard that I had an interview," she said.

Herndon police are searching for two men linked to a shooting at a busy downtown bar and have released surveillance video of the incident. FOX 5's Lindsay Watts has the details.

Kuhn said the conversation was brief because she was picking up her son.

A spokeswoman for Descano said he is now reviewing the plea deal. She said while the deal was offered to Hall, it has not yet been accepted by the court.

"This case is ongoing and no final resolution has been presented to or accepted by the court. CA Descano is reviewing this case and will determine the proper path forward. We want this community to know that we take these types of crimes seriously and will always seek final outcomes in line with the seriousness of the alleged conduct," spokeswoman Laura Birnbaum said.

Bezilla resigned from his position on Monday, and he says his last day as a Fairfax County prosecutor is Feb. 1. His resignation, he told FOX 5, has nothing to do with pending cases. Instead, Bezilla said, it's time for a change.

Hall’s attorney, Garrett Green, said he had no comment on the case. When asked if he’d ever seen a plea deal offered and then taken back, he said not in his 30+ year legal career.

Birnbaum said the next court date is set for Dec. 22.