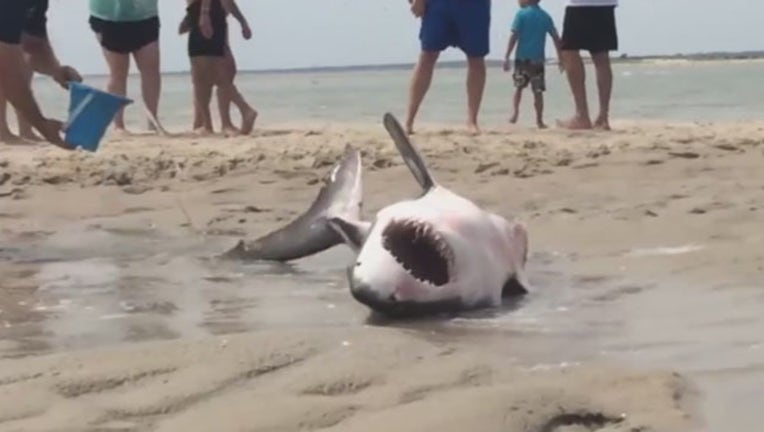 According to an online report on Mashable.com, the shark became stranded after trying to chase down a bird.

Eventually, rescuers were able to use ropes to get the shark back into shallow water. They then tagged the shark before releasing it in deeper water.

A pregnant hammerhead shark was spotted in the water near Ocean City, Maryland in June. The shark came close to beaching itself before swimming back out to sea.