D.C. police have released new surveillance video from moments before the deadly shooting of boxing trainer Arthur "Buddy" Harrison. Officials said the 62-year-old was gunned down at his home in Southeast almost two weeks ago. FOX 5 reporter Nana-Sentuo Bonsu reports from Hillcrest Heights, Maryland outside the community boxing gym that Buddy owned.

WASHINGTON - D.C. police have released new surveillance video of the moments before and after the deadly shooting of local boxing legend Buddy Harrison.

In the video, a white car pulls up outside Harrison's home along 30th Street Southeast.

Two men get out and run out of the frame. A short time later, they jump back into the car and drive off.

Authorities said the 62-year-old died at the scene.

Harrison was a fixture in the D.C. community and made it his mission to help children at his Old School Boxing Gym in the Hillcrest Heights neighborhood of Prince George's County.

D.C. police have released new surveillance video of the moments before and after the deadly shooting of local boxing legend Buddy Harrison. 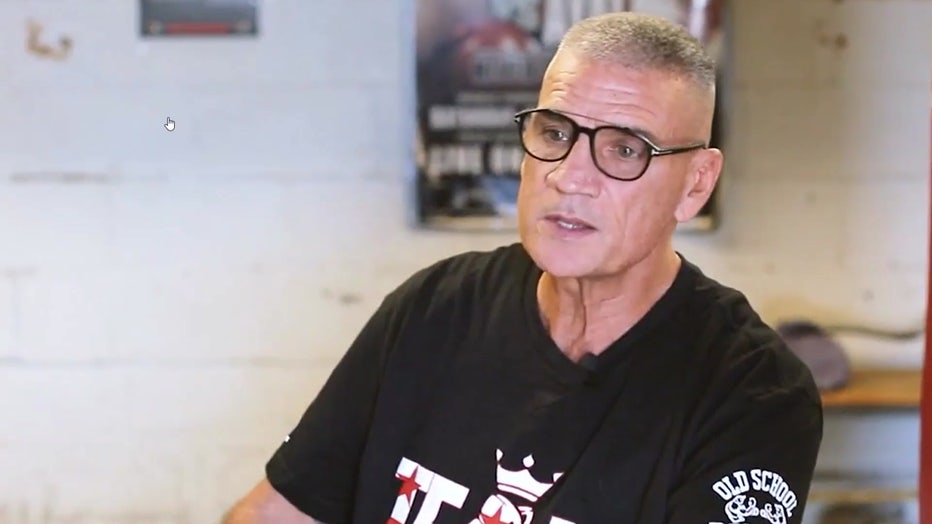 Police initially released a lookout for three suspects in what they're calling a "targeted" shooting.

There is currently a $25,000 reward for information leading to an arrest.

Watch the video below: