Two Florida tourists got quite a scare on a ride at a Florida Panhandle amusement park – without even leaving the ground.

PANAMA CITY BEACH, Fla. - Two Florida tourists got quite a scare on a ride at a Florida Panhandle amusement park – without even leaving the ground.

Video footage shows the two men about to be launched from the slingshot-style ride at Cobra AdventurePark in Panama City Beach when one of the ride’s two main cables appears to snap and fray. 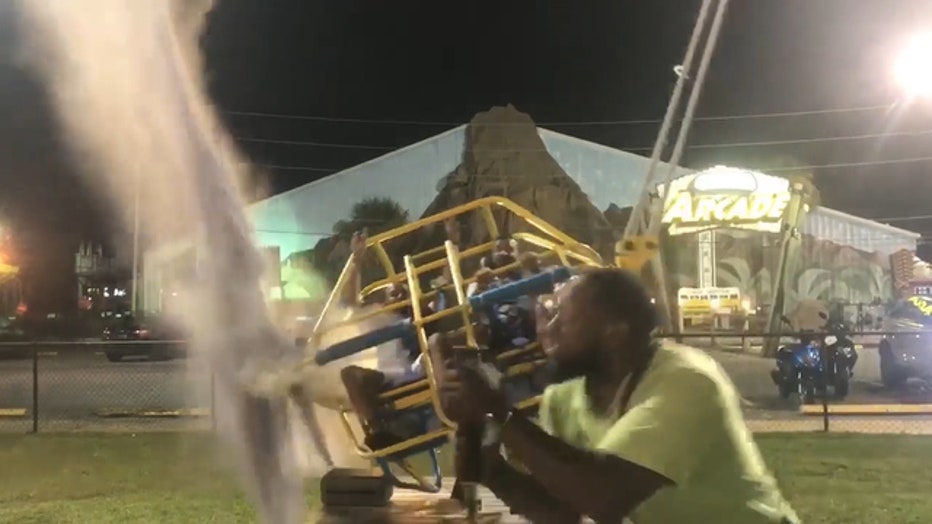 Krissy Hurst of Havana, Florida posted the video on Facebook. She told FOX 13 that she and a friend were at the park Saturday night when they happened to run into an acquaintance and his brother-in-law, who was visiting from California.

Hurst said she has ridden the ride many times, but her friend decided not to at the last moment because of a bad feeling. They ended up recording the video instead because the ride’s video system was not running.

“You’re gonna be screaming like sissies in about 10 seconds,” one of the ladies jokes in the video as the cables tighten. 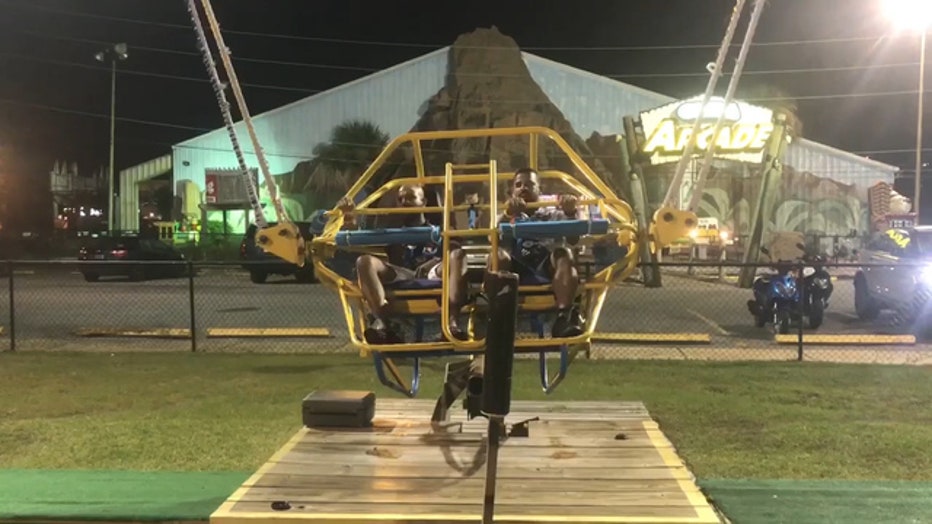 Just as the ride is about to launch, the video shows, the cable snaps. Hurst couldn’t help but laugh at the guys’ stunned reaction; it was their first time on the ride and she had just teased them about saying a prayer.

The video cuts off as the ride’s two attendants start unbuckling the men from the ride’s chair.

Officials at Cobra Park could not immediately be reached for comment. Hurst said the park did give the men a refund, “but I don’t feel like anybody was really apologetic,” she noted.

The scare did not stop them from hopping on the go-carts before they left, but Hurst said she’ll never go on a ride like that again.

“They are completely freaked out, still,” she added.

This story was reported from Tampa, Florida.