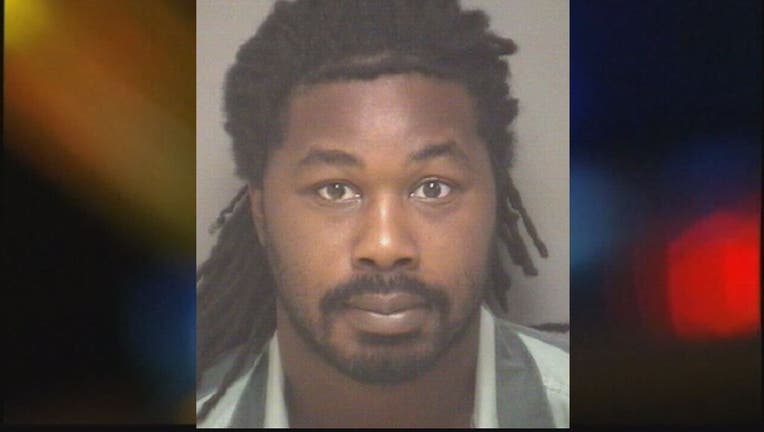 FAIRFAX, Va. (AP) — A decade after she was brutally attacked, a woman told jurors how she screamed, kicked and scratched to fend off an attacker that authorities say is also responsible for the abduction and killing of University of Virginia Student Hannah Graham.

Her efforts to fight him off, prosecutors said, helped produce the DNA evidence that links Jesse Matthew, 33, of Charlottesville to the September 2005 attack — DNA recovered from under her fingernail after she fought her assailant connected Matthew after he was identified as a suspect in Graham's case last year.

The victim, who flew back from India to testify at the trial, told jurors that she struggles even now to describe what happened to her.

She told the jury that she had walked from her Fairfax townhome to a nearby bookstore and lost track of time while she was reading, not realizing night had approached. She stopped at an adjacent supermarket to pick up a few items and started walking back home.

As she returned, she said a stranger approached her and asked her a confused question about directions. She politely tried to answer, and walked away, saying the man's demeanor left her unnerved.

A few steps from her door, she said, her attacker grabbed her and scooped her up from behind. He dragged her back to some nearby woods.

"He banged my head on the grass, on the ground. I was trying to push him away. I was punching him. He choked me," said the woman, whose name is not being reported by The Associated Press. "He said, 'If you scream again, I will twist your neck. If you let me do this, I will let you go."

At some point, she said, she lost consciousness as she was being choked.

She said the attack ended when Matthew dragged her to another location and ran off, right around the time a bystander was approaching,

"She looked like she was nearly dead," said the man who intervened, Mark Castro. She was walking toward me, slowly. ... She had a lot of blood on her. She was in bad shape."

During about 90 minutes of testimony, she never explicitly identified Matthew as her attacker. Defense lawyers had questioned whether she could do so reliably, given the passage of time and the pretrial publicity that frequently broadcast Matthew's face in connection with the Hannah Graham case, which drew international headlines.

In cross-examination, defense lawyer Dawn Butorac questioned why the woman had not told police earlier that her attacker had tried to rape her, which she disclosed to prosecutors only on Friday.

The woman replied that "it was the most shocking thing and I couldn't come to take it as a reality."

Matthew is charged with attempted capital murder, abduction and sexual assault in the Fairfax case and faces up to life in prison if convicted.

The Hannah Graham case will be tried separately in Albemarle County at a date to be determined. Prosecutors there are seeking the death penalty.

It is unlikely that Graham's case will be brought to the attention of the Fairfax jury. Prosecutors agreed not to present evidence about it at trial, and during jury selection public defender Dawn Butorac made only a vague reference to jurors reminding them that they should not let any information they have gained from the media about "any other case" distract them from their duties in this case.

In Monday's opening statements, Commonwealth's Attorney Ray Morrogh told jurors the woman "fought like the dickens" to fend off the attack and that DNA evidence links Matthew to the crime.

"There is a possibility that DNA came ... from innocent contact," Frank said.