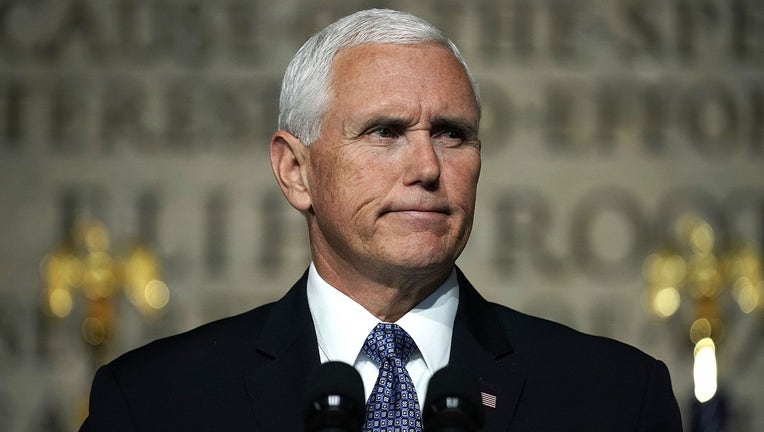 WASHINGTON (FOX NEWS) - Vice President Pence was called back to Washington on Tuesday for what was initially described as an emergency, as he canceled a planned visit to New Hampshire.

Officials did not offer details on the situation but later sought to downplay the change of plans.

"Something came up that required the @VP to remain in Washington, DC," Pence spokeswoman Alyssa Farah tweeted. "It's no cause for alarm. He looks forward to rescheduling the trip to New Hampshire very soon."

A senior White House official told reporters the situation is not health-related for Pence or President Trump and is not related to national security.

Pence was scheduled to visit Salem on Tuesday to participate in a roundtable discussion and deliver remarks on the opioid crisis and illegal drug flow in New Hampshire.

There were conflicting accounts of whether Pence was actually en route to New Hampshire when he was called back. Shortly before the vice president was scheduled to arrive, an announcer at the event told the crowd that Air Force Two had been diverted because of an "emergency callback."

"We do have a situation where the vice president was called back to Washington," Randy Gentry, a representative of Pence's office, told the crowd.

But Farah later denied that it was an "emergency callback," saying Pence never left Washington.

Trump is in Washington on Tuesday but has no public events scheduled.