CLEARWATER, Fla. - Nearly 40 feet deep in the blue waters off Clearwater, a one-of-a-kind exhibit is now open. The Circle of Heroes memorial was officially dedicated Monday.

The underwater monument is made up of 12 life-sized concrete statues representing the men and women serving in the Air Force, Army, Coast Guard, Marines and Navy. 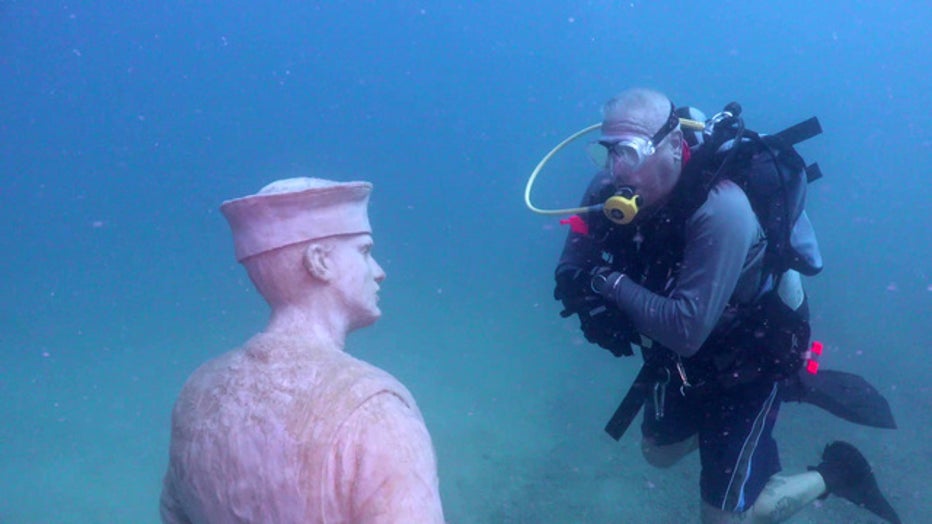 A flotilla of boats motored 10 miles off the coast for Monday’s ceremony, which included remarks by Congressman Gus Bilirakis and a memorial wreath-laying. A group of wounded warriors then had the honor to be the first to dive the site.

“You always pay respects on the soldier’s cross,” said Shawn Campbell, a combat medic whose name is honored underwater. “It’s a matter of honoring and remembering.” 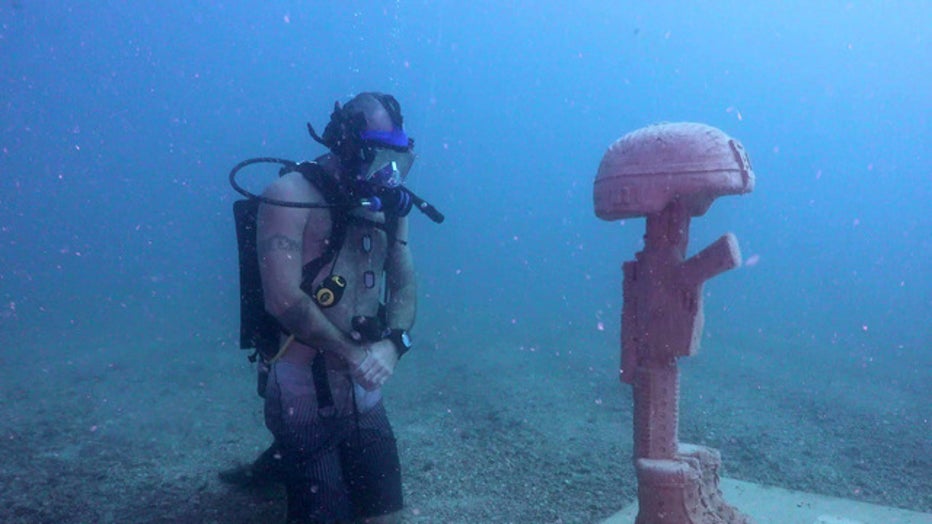 The site is said to be the nation’s first underwater dive memorial honoring veterans. It’s also meant to serve as a therapeutic dive site for disabled veterans suffering from PTSD, depression, and trauma, according to the creators.

“The sounds of chaos are replaced by nothing but your own breath reminding you you’re alive and not to waste that miracle on the pain,” added Neysa Grzywa with the Deep Sea Valkyries group.

Additional statues will be installed in 2020 to complete the circle. They’ll eventually become an artificial reef to help sustain marine life in the gulf waters. 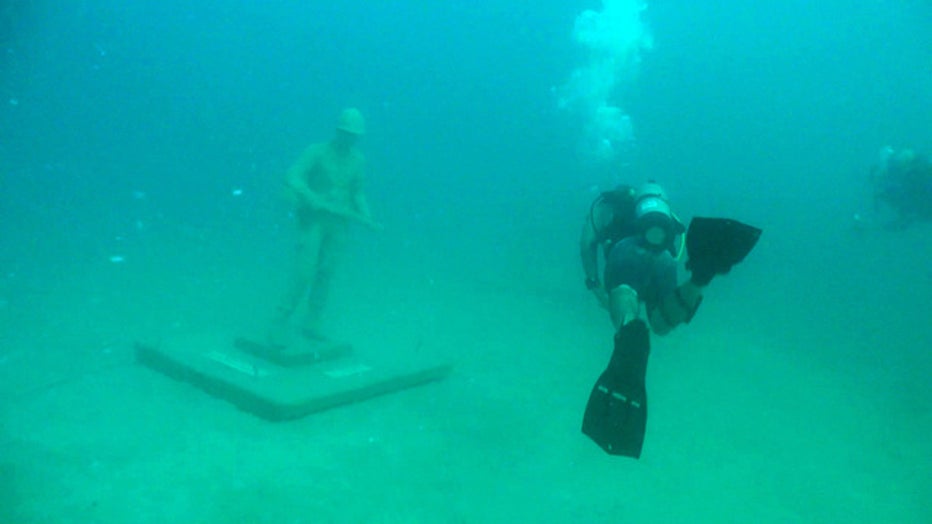 “It brought a tear to my eye, it really did,” said Vietnam veteran Wayne Landry, who was among the crew that helped erect the 12 statues.