CLINTON, Md. - Crews were able to remove a vehicle that crashed into a sinkhole in Prince George’s County on Wednesday.

The vehicle landed in the sinkhole after a driver evaded traffic cones around the work area.

Officials say the driver was able to escape the vehicle with only minor injuries.

As of Wednesday evening, crews were still working to repair the water-main break that created the sinkhole, according to the Washington Suburban Sanitary Commission. 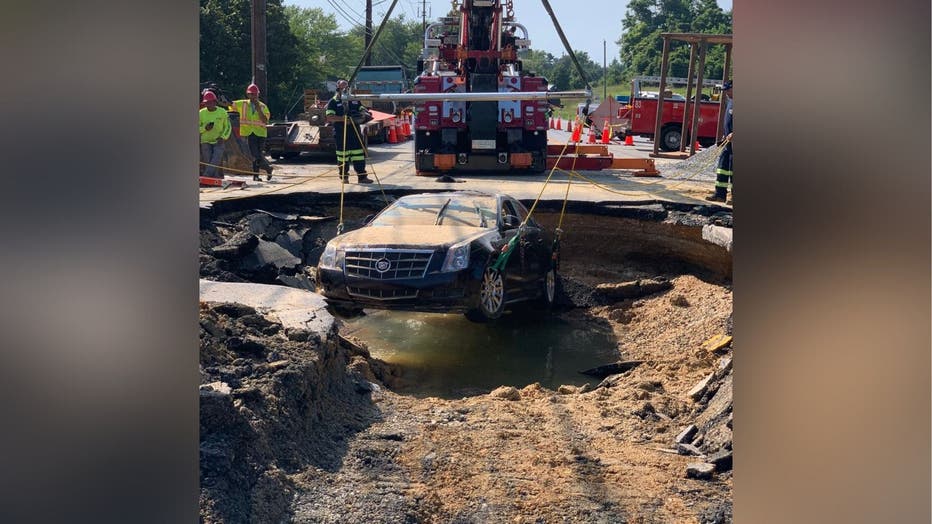 According to the WSSC, crews were responding to a 30-inch water-main break at South Osborne Road and Crain Highway around 4:30 a.m. when the roadway collapsed into the sinkhole.

FOX 5 has reached out to the authorities regarding the condition of the driver and whether he might face any charges as a result of the incident. 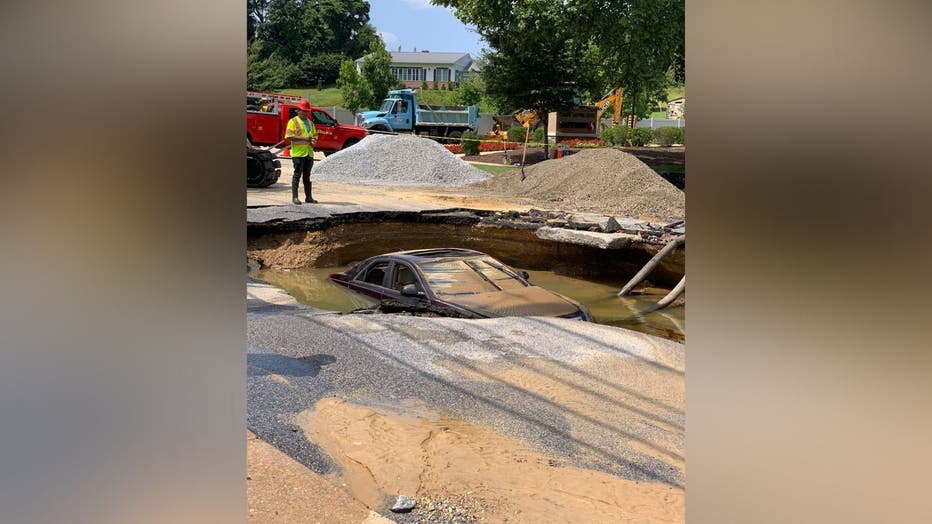