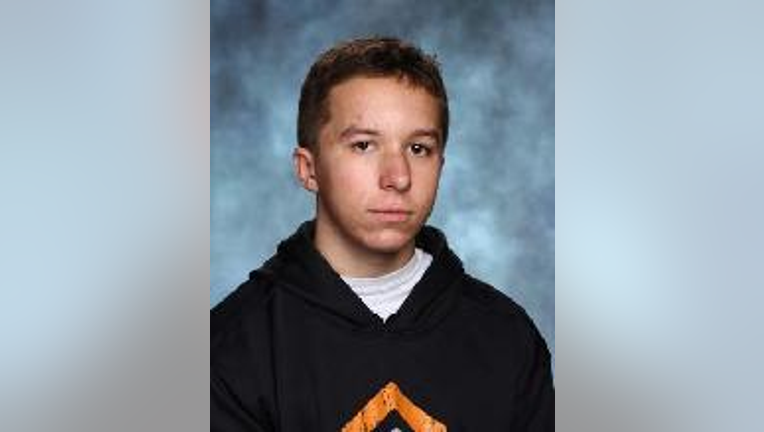 MIDLAND, Va. - The manhunt for a Virginia teen wanted in the murders of his mother and six-year-old brother on Valentine’s Day, ended Saturday afternoon when 17-year-old Levi Norwood was stopped for shoplifting in Durham, North Carolina, a Virginia official tells FOX 5.

The Fauquier County Sheriff’s Office Spokesperson confirmed his office received a call a little before 4 p.m. Saturday, notifying Fauquier officials that a juvenile shoplifter was in custody at a Target store. Hartman says Norwood was found inside the sporting goods section of the store with clothing items and a backpack. It was not immediately clear whether those were the items he was accused of shoplifting. After searching his name in a database, local police learned the 17-year-old was wanted for murder charges in Fauquier County, Virginia.

The investigation began late Friday, after authorities received a call from the suspect’s father. The Fauquier County Sheriff’s Office said 37-year-old Joshua Norwood told 911 dispatchers he had just arrived home to find his wife and 6-year-old son fatally shot. Authorities say Joshua Norwood, that father, also told dispatchers he was confronted and shot by his 17-year-old son. The two victims were later identified as the suspect’s mother, 34-year-old Jennifer Norwood, and his 6-year-old brother, Wyatt Norwood.

Deputies forced entry into the family’s Elk Run Rd. home Friday night, believing the suspect was still inside. They quickly learned the suspect had fled, sparking a massive manhunt that stretched into Saturday afternoon. Sheriff deputies ordered residents to “shelter-in-place” as the department conducted door-to-door searches, believing the suspect was armed and dangerous. The sheriff’s office also released flyers showing the 17-year-old’s photo and a photo of the stolen red Toyota Camry Levi Norwood was believed to be driving.

“It was a very big relief to everyone involved,” said Sgt. Hartman after learning the teenage suspect had been apprehended. “Just that apprehension and fear in folks that reside in that area, and now to come to grips with this tragedy -- it’s as bad as it gets,” Sgt. Hartman added.

A North Carolina official confirmed the Target on Chapel Hill Blvd. in Durham is the store location involved.

Fauquier County sheriff deputies are now working with Durham police to recover and analyze possessions in the stolen Toyota Camry, including a possible firearm. Police found the car in a Target parking lot, Sgt. Hartman said.

There was still little information on a possible motive early Sunday.

Norwood is now in custody in North Carolina awaiting a Tuesday court appearance, where attorneys will address his extradition back to Fauquier County, Virginia. Officials tell FOX 5 he faces two counts of murder as a juvenile and expect that to change.