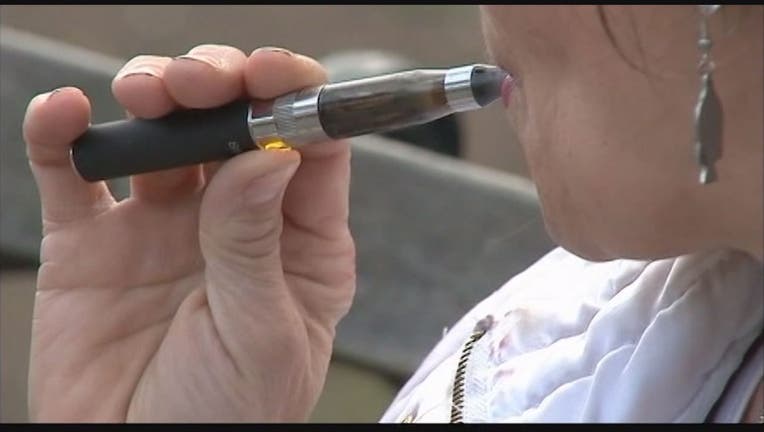 WASHINGTON - (AP) -- Electronic cigarettes are prohibited on any domestic or foreign airline flying to, from or within the United States under a final rule the government issued Wednesday.

"This final rule is important because it protects airline passengers from unwanted exposure to aerosol fumes that occur when electronic cigarettes are used onboard airplanes," Transportation Secretary Anthony Foxx said in a statement.

The department has long prohibited the smoking of cigarettes and other tobacco products on planes, and has interpreted that ban to include e-cigarettes. The regulations issued Wednesday are designed to eliminate any confusion over whether the previously existing ban actually included e-cigarettes, Foxx said.

Passengers are allowed to carry e-cigarettes with them onto planes, but are not allowed to charge their batteries during flight.

The Federal Aviation Administration also prohibits passengers from packing e-cigarettes in their checked luggage under an interim final regulation adopted last year by the Pipeline and Hazardous Materials Safety Administration, which is part of the Transportation Department.

The regulation was a response to instances in which e-cigarettes have set suitcases on fire. Earlier this year, Hawaiian Airlines said one of their flights was forced to make an emergency landing after an e-cigarette that was illegally put in a checked bag caused the captain to activate the plane's fire-suppression system.

E-cigarettes are typically powered by lithium batteries, which can self-ignite if damaged, exposed to excessive temperatures or have a manufacturing defect. Fire officials have said they've been unable to determine if the fires were caused by batteries that self-ignited, or if passengers had left the cigarettes switched on when they were packed and the heat set nearby contents on fire.

There was an attempt in the House transportation committee last month to add a provision to an aviation policy bill to allow the use of e-cigarettes on planes, but it was defeated.

Follow Joan Lowy at twitter.com/AP-Joan-Lowy. Her work can be found at http://bigstory.ap.org/content/joan-lowy