Upper Marlboro is looking to capture history once again by re-creating a photo that was taken 100 years ago.

UPPER MARLBORO, M.d. (FOX 5 DC) - Upper Marlboro is looking to capture history once again by re-creating a photo that was taken 100 years ago.

The year 2022 marks the Centennial Anniversary of the Robert Crain Hwy Monument, erected in the Town of Upper Marlboro in September 1922, to celebrate the long journey of creating a road which would link Southern Maryland to Baltimore. 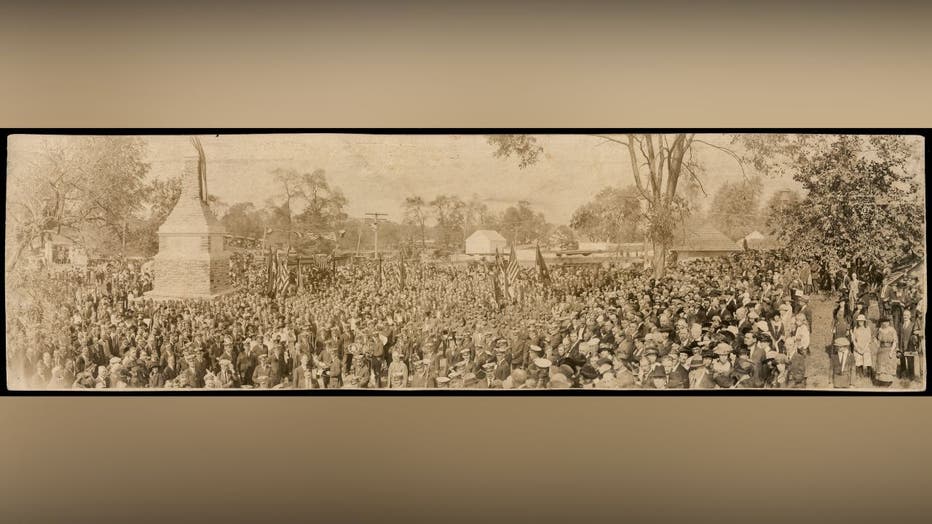 The original program from the Sept. 1922 ceremony tells of the events leading up to that celebration. A train brought members of the association, the Mayor of Baltimore, and hundreds of Baltimoreans onto Upper Marlboro’s Main Street for the celebration.

Now, Upper Marlboro wants to re-create a photograph taken during that celebration a century ago. 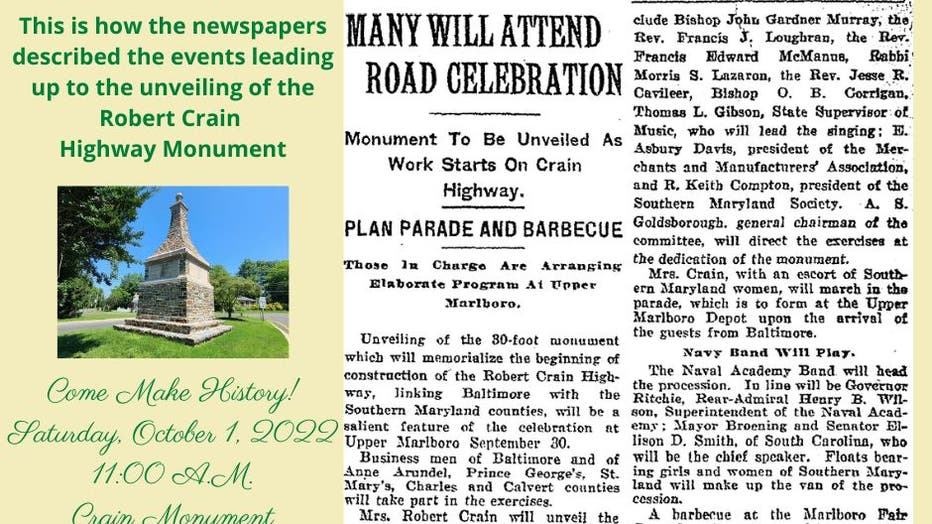 "We are excited and proud to bring people together to re-create the photo that was taken 100 years ago," said Upper Marlboro Town Clerk John Hoatson, who is organizing the Oct. 1 festivities. "We hope everyone who attends will feel a tremendous sense of pride in the role that Upper Marlboro played as a catalyst for transportation and trade in the Southern Maryland region of our state. This will be a truly monumental event!"

"People have driven or walked past this unique historic monument every day for the past 100 years and probably didn’t know its true significance to our town, to the region, and to the state," noted Mayor Franklin. "The Oct. 1 event will serve as an important reminder of how important the Town of Upper Marlboro has been to Maryland’s economy for over a century. We want people to attend this centennial celebration and be an important part of our town’s rich history."