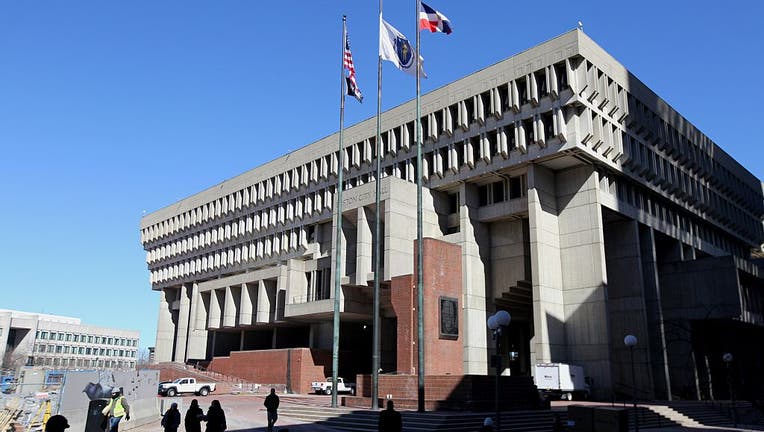 The cement concrete exterior of Boston City Hall helped it land as number 4 on Buildworld’s list of the ugliest buildings in the world -- and as the second ugliest building in America. (Keith Bedford/Globe Staff/Getty Images)

Buildworld, a go-to source for building materials in the United Kingdom, has ranked the ugliest buildings in the world with help from Twitter.

Nine of the 10 ugliest buildings were found to be in the U.S. or UK, according to Buildworld’s research. They compiled a list of buildings known to be unpopular and used a tool called HuggingFace to analyze just how often people tweeted negative thoughts about each building’s design.

Their analysis found the Scottish Parliament Building in Edinburgh gets the most negative chatter online — making it the world's ugliest building.

Top 5 ugliest buildings in the world

Ranking in at number 1 on Buildworld’s list of the ugliest buildings in the world, the Scottish Parliament building is pictured in the Holyrood area of Edinburgh, on September 30, 2008. (ED Jones/AFP via Getty Images)

A list of the 10 ugliest buildings in the U.S. is below.

The Scottish Parliament Building in Edinburgh: 2004

The branch-shaped design of the building is said to reference Scottish architectural history and mirrors the landscape. (Photo by Christopher Furlong/Getty Images)

The branch-shaped design is said to have references to Scottish architectural history and was created to mirror the landscape. The building was opened by Her Majesty The Queen in 2004.

The design is said to mimic the founding principles of the Scottish Parliament itself: openness, accessibility, sharing power and equal opportunity.

It’s made from a mixture of steel, oak, and granite.

The building that houses the FBI headquarters is the least-loved building in America, Buildworld found.

The building was approved in the early 1960s and wasn’t dedicated until 1975.

For economic reasons at the time, poured concrete was insisted to be the major outside building material, contrasting with the traditional marble, granite, or limestone government buildings — though poured concrete was a major architectural style of the ‘60s.

The building has an open mezzanine and courtyard, but access to the courtyard is limited, and most of the first floor is closed to facilitate security.

North Korea's tallest structure, the Ryugyong Hotel, ranked as the seventh ugliest building in the world, according to Buildworld. It is shown here in 2011. (Photo by Feng Li/Getty Images)

The Ryugyong Hotel in North Korea’s capital, nicknamed the "Hotel of Doom," is notable because it’s the only building outside of the U.S. and U.K. to make the top 10 list. It ranked at number 7.

The pyramid-shaped 105-story building has towered over the skyline since 1987 and is still unfinished, with no public date for when, or if, it will host guests. It has gone through several phases of design changes.

Questions remain over whether the glass-and-concrete hotel is structurally sound, according to a report from Associated Press in 2018.

Top 10 ugliest buildings in the U.S.

See Buildworld’s full list from around the world here.