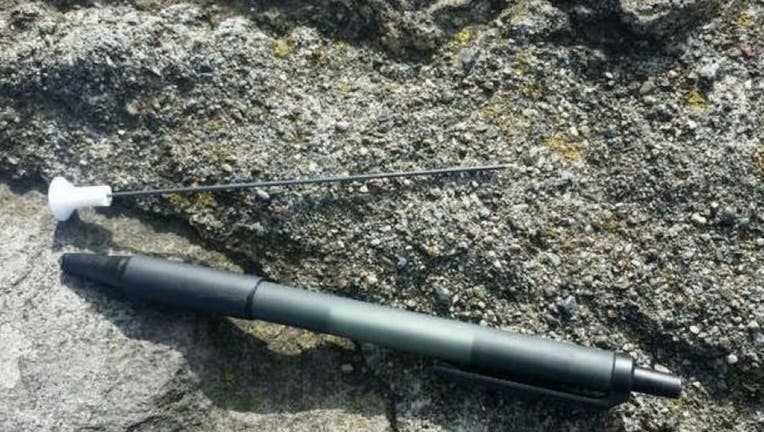 The California Highway Patrol said an officer patrolling the bridge on a bicycle was flagged down Friday by a man who had been hit in the leg. The 5-inch long dart had sunk about two inches into the man's skin, according to the San Francisco Chronicle.

Officials said that as emergency personnel were speaking with the man, a woman approached them and said she had been hit by an identical blow dart in the knee. Both were evaluated by paramedics and released at the scene.

"I've never heard of something like this, CHP spokesman Andrew Barclay told the Los Angeles Times.