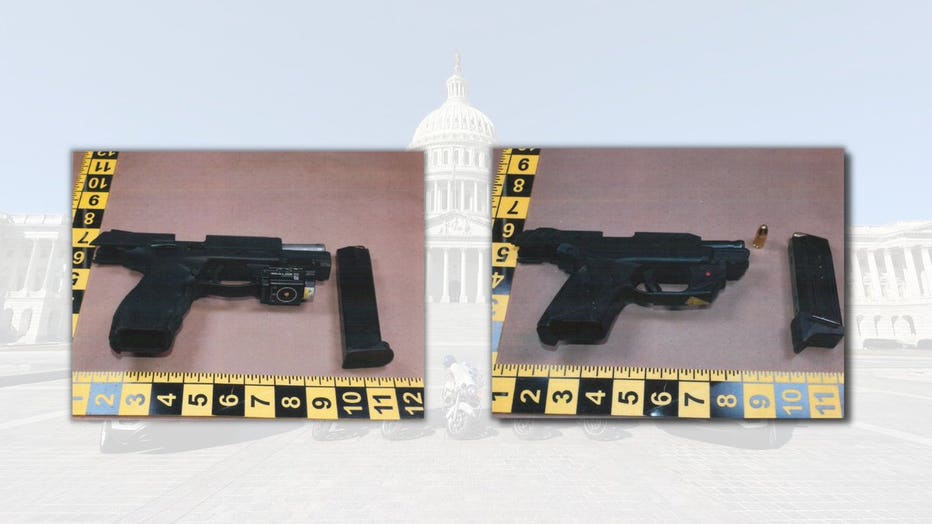 One of the officers spotted a black firearm handle sticking out of the front pocket of the man’s shorts.

The man was placed under arrest for carrying a pistol without a license in the District of Columbia.

The gun was a 9mm pistol with a high-capacity magazine. The man was identified as Titus Hayes of Richmond, VA.

While in custody, Hayes stated he and his wife, Nicole Carter, had a second gun in their SUV along East Capitol Street SE. Another 9mm handgun was found in the glove box.

There is no information to indicate either suspect was targeting a Member of Congress or the Capitol Complex. They do not have a previous record with the Department.

Both of them were taken into custody without issue.

"So far this year, the United States Capitol Police has confiscated 13 guns near the Capitol," said Police Chief Tom Manger. "It was the officer’s keen observation and attention to detail that removed two more illegal guns from our community."

Hayes was charged with Carrying a Pistol without a License, Unregistered Firearm, Unlawful Possession of Ammunition and Possession of a Large Capacity Feeding Device.

Carter was charged with Carrying a Pistol without a License, Unregistered Firearm, Unlawful Possession of Ammunition and Unlawful Transportation of a Firearm.