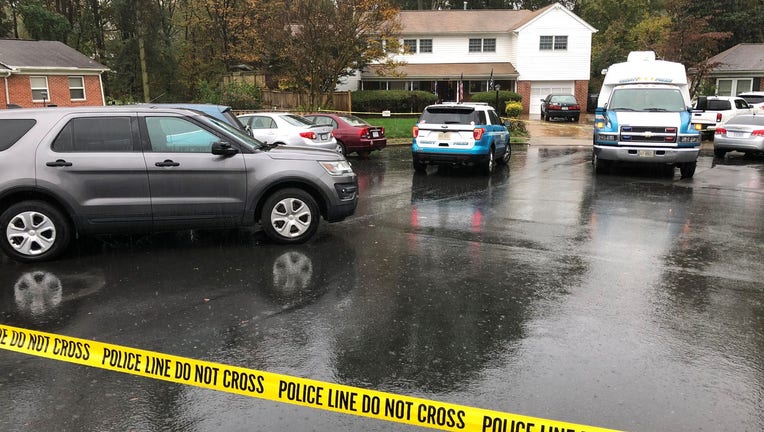 Police say they responded to the 911 call of shots fired at the 3300 block of Bristol Court in Woodbridge, VA. Neighbors tell FOX 5 this is considered the Dale City area.

Several neighbors say they saw people running up the street after gunshots were heard. One woman told FOX 5 she was informed by police that a fleeing vehicle had crashed into hers.

Police say they were called just after 2 o’clock Sunday morning and arrived at Bristol Ct. to find two men and a woman injured. The woman, who said to have non-life threatening injuries, was flown to an area hospital.

A fourth person arrived at the hospital and was later identified as a third man shot at the Bristol Ct. home. He also had non-life threatening injuries.

The first two men found at the house were pronounced dead on scene, according to Prince William County Police.

Officers learned there was a large party going on.

One neighbor told FOX 5 there were as many as 30 people at the house. The same neighbor said he kept telling people not to park by his property.

In Ring surveillance camera video shared with FOX 5, you can hear shouting at around 2:04 Sunday morning.

But the neighbor who provided the video says this was what was going on outside of the house involved early Sunday morning.

Multiple neighbors tell FOX 5 a mother and (adult) son live at the home involved. Several neighbors also say gatherings happen, usually when the mother is out of town.

“My wife woke me up because she thought she heard gunshots or something,” said neighbor Joseph McGee, who said they heard people running away from the scene and saw a fleeing vehicle.

“Just be safe, you know. You never know who you live next to,” McGee said. “I don’t think, you know, the people throwing it — the people living there did anything intentionally. It’s probably people who came to the party, not the people who live there.”

Investigators spent the morning removing bags of evidence from the home.

Police said no suspect was in custody this morning. Police also said the incident was not random and there is no threat to the community.

Officers are not releasing the names of the two men killed until next of kin is notified.